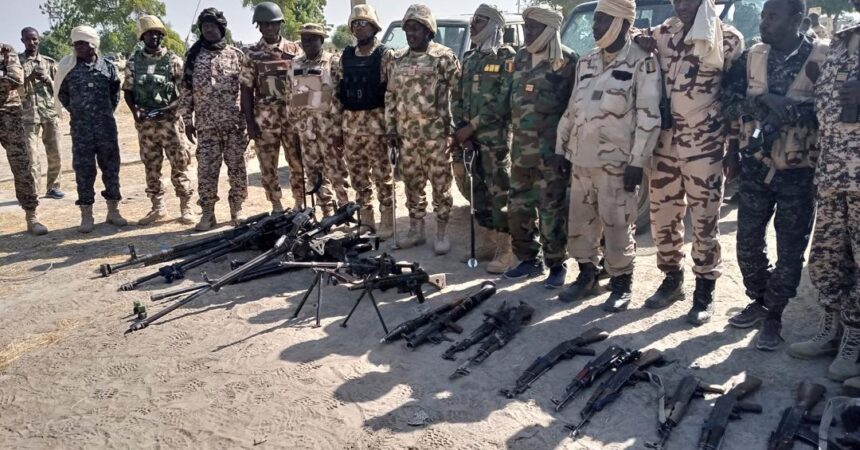 The representative of the World Health Organisation for Chad and the Polio Task Team Coordinator for the Lake Chad Basin, Dr John Bosco Ndihokubwayo and Dr Samuel Okiror respectively, have both lauded the Multinational Joint Task Force for ensuring the success of the Polio Immunization programme embarked upon by the World Health Organization in the Lake Chad Basin and for ensuring the security of WHO Immunization team on the field. This was during a recent official visit to Head Quarters Multinational Joint Task Force (MNJTF) in N’Djamena, Chad.

According to the WHO two-man delegation, the vaccination team has been able to cover the very remote islands of the Lake Chad Basin thanks to the assistance from the troops of the Multinational Joint Task Force in the different Sectors. This they reiterated has permitted them complete the first phase of the vaccination programme with hope to embark on the second and third phase of the activity in the months ahead. Nonetheless, the delegation expressed the need to have access to all the islands in spite of the difficulties presented by the terrain so as to completely eradicate poliomyelitis and improve on the welfare of the population around the Lake Chad Basin Region.

The Commander of the Multinational Joint Task Force Major General Lucky Irabor, heartily welcomed the team and thanked the World Health organization for the immunization programme. He assured them of the MNJTF continuous and relentless support to the Immunization team on the field and promised MNJTF will take necessary measures to make sure  the team have access to the remote islands in due time.