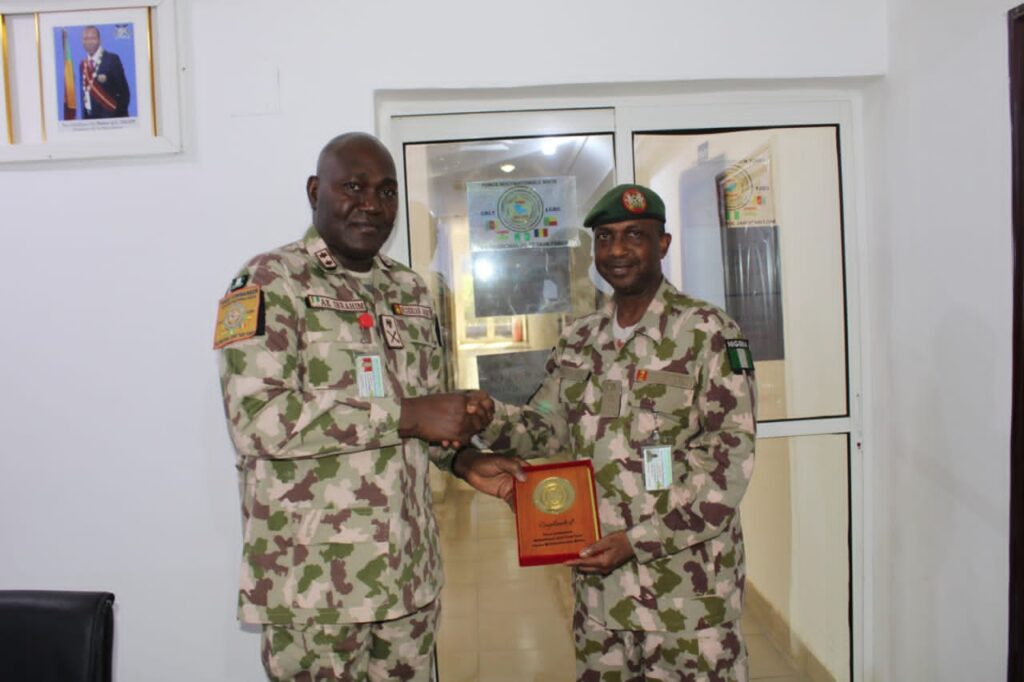 The Force Commander (FC) Multinational Joint Task Force (MNJTF), Major General Abdul Khalifah Ibrahim has expressed appreciation to the posted out officers for their support and contributions to the activities of the Force. He made this known during a farewell ceremony organized in honour of the outgoing officers at the Headquarters MNJTF in N’Djamena, Chad on 29 April 2022.

Major General Ibrahim commended the officers for performing their duties diligently with less supervision. He added that their professionalism, conduct and understanding of the workings in a International environment is an attribute that makes their contributions very important to the success recorded during their tour of duty. He wished them well in their next assignment and requested that they conveyed his best wishes to their families.

There were goodwill messages from officers of the MNJTF who in the course of their duties worked together. They applauded them for their sense of duty, efficiency, good comradeship which they said added value to the overall activities of the MNJTF.

Responding, on behalf of the officers, the Head of Centre for Coordination and Liaison, Colonel Thierry Des Robert (French Army) thanked the FC for the confidence reposed in them. He further said, he enjoyed working with the FC, because he allowed him to have worked without unnecessary protocols. He used the medium to pay tribute to soldiers who lost their lives while serving in the mission.

In a related development, the out gone Chief Military Public Information Officer, Colonel Muhammad Dole, expressed appreciation to the FC for the unalloyed support accorded them to perform their duties. He noted with keen interests, the landmark achievements recorded by the FC within a short period of time. Most especially, the efforts made to get the necessary equipment from African Union Continental Logistics Base Douala for the Sectors and Medal Parade for those who have completed their tour of duty.

Highlights of the ceremony was the presentation of plaques and group photograph.