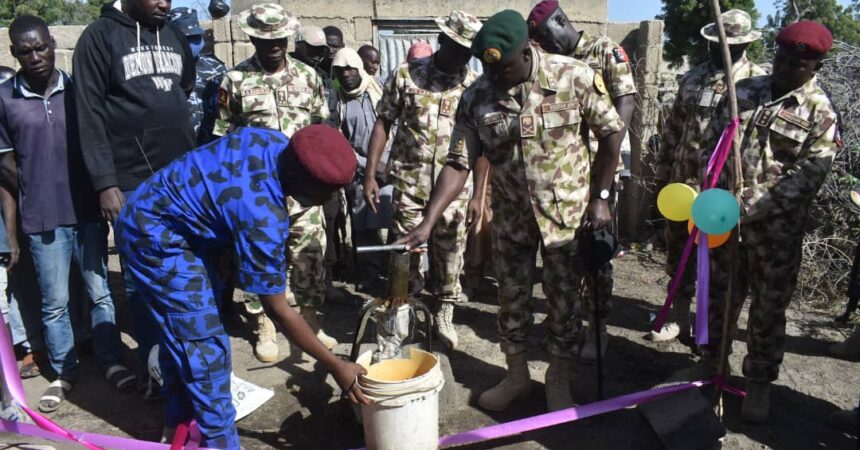 The Force Commander Multinational Joint Task Force, Major General Lucky Irabor has said that a well equipped military is imperative for consolidation of the successes already made and stabilization of the Lake Chad Basin. Major General Irabor made the observation at the recent Technical Workshop on Regional Stabilization Strategy that held in N’Djamena, Chad.

Addressing a Committee of Experts drawn from United Nations Agencies, the African Union, the Lake Chad Basin Commission, International Non-Governmental Organizations, among other bodies, Major General Irabor argued that for a Force with a mandate such as that which the MNJTF has, critical requirements like logistic support and necessary force multipliers, Amphibious capacity, capability for enhanced intelligence, border security and coordination with national forces, as well as capability for effective and measurable communication and influence operations are very essential. Speaking further, Major General Irabor noted that; “The entire stabilization strategy is premised on a secured environment on a sustainable basis. To this end, the MNJTF should be available in the necessary shape and form to provide the required security cover for every stage and pillar of the stabilization programme.”

Speaking earlier, the Head of Mission of the MNJTF and Executive Secretary of the Lake Chad Basin Commission, Ambassador Mamman  Nuhu outlined the purpose of the workshop and noted that the event was further to the previous one held in Niamey, Niger Republic a fourth night earlier.

Dignitaries at the workshop included the Special Representative of the Chairperson of the African Union Commission, Ambassador Zaina Nyiramatama, the Head United Nations System in Chad, Stephen Tull, among others.