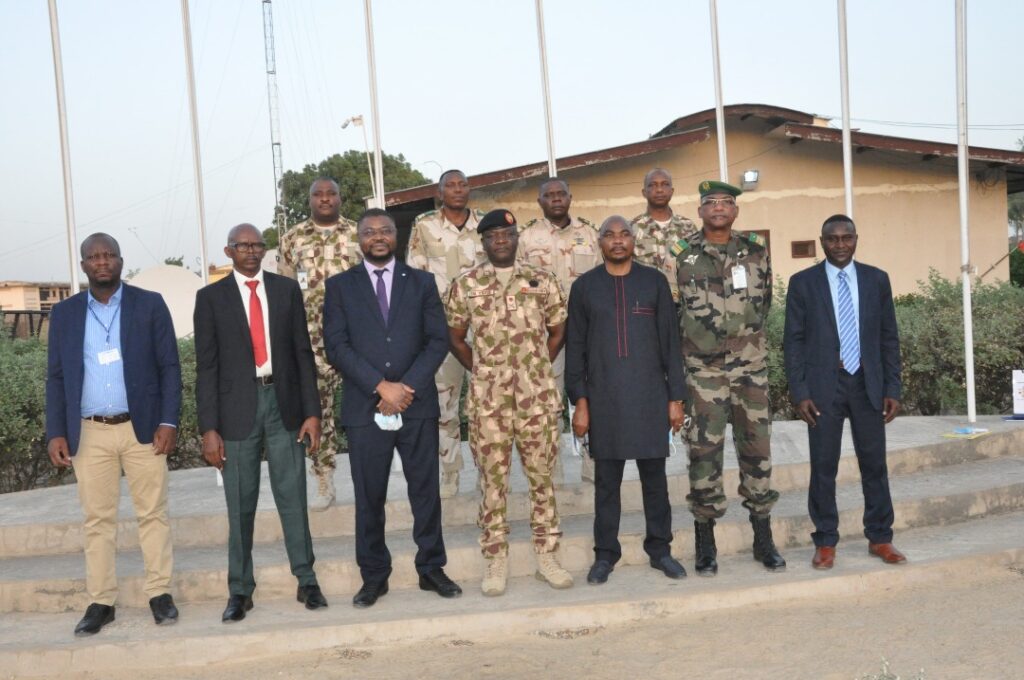 The delegation of United Nations Regional Office for Central Africa (UNOCA) and United Nations Office for West Africa and the Sahel (UNOWAS) visited the Headquarters, Multinational Joint Taskforce (MNJTF). The UNOCA-UNOWAS has regional-based mandates to promote regional peace and security in Central and West Africa respectively. The meeting was aimed at discussing the impact of the Boko Haram insurgency in Lake Chad region and national/LCBC capacities to address these security threats.

In an interactive session, the Force Commander (FC), MNJTF, Major General Ibrahim Manu Yusuf provided detailed assessment of collaboration, cooperation, and synergy of efforts between the MNJTF forces and national forces of the Troops’ Contributing Countries (TCC) during combined and joint operations across the common borders.

The FC highlighted the impressive coordination in employment of air assets of the TCCs. General Yusuf appealed to the UN delegation to consider exploring ways it can directly support the MNJTF particularly through the provision of counter IED equipment. He appreciated the professional inputs of the members of the delegation during the meeting, which will ultimately assist in making a comprehensive report and recommendations.

The FC was accompanied at the meeting by the COS-MNJTF, Colonel Major Moussa Mahamadou, Chiefs of operations (J3), logistics (J4), CIMIC (J9) and CMPIO.

Below are pictures from the meeting.