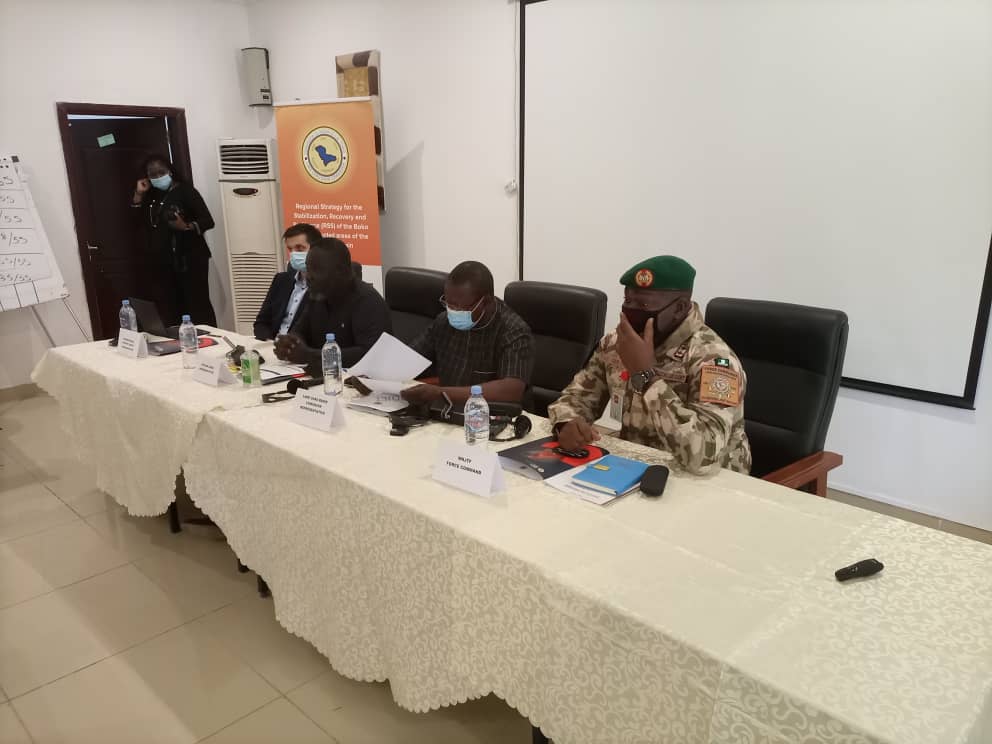 The FC MNJTF Maj Gen AK Ibrahim accompanied by the Chief J9 Col Marc Houndji and the Police Adviser, ACP AA Mohammed attended the Joint Lake Chad Basin Commission (LCBC) and Regional Stabilization Strategy (RSS) Retreat which was held on 17 Feb 22 at Mara near N’djamena. The aim of the retreat was to allow for discussions and analysis of the inter-linkages between programmes, projects, and activities, improve coordination and teamwork between the LCBC structures and create a common understanding of the different work areas.

The FC in his opening remarks thanked the organizers of the retreat for the opportunity created to engage with various stakeholders and build broader relationships across different levels. He also thanked the RSS secretariat for the wonderful support and collaboration and for always exploring avenues and channels to bring support to MNJTF.

General Ibrahim pointed out that the war against terrorism cannot be won by military actions alone, but by a multi-dimensional approach involving all relevant stakeholders playing their professional roles. He highlighted some of the key activities that have yielded positive results in 2021, such as civil-military dialogue which was facilitated through medical outreaches funded by the UK Government. “This laudable effort helped in strengthening relationship between MNJTF and affected communities as well as helped in attracted other support for possible implementation to execute some quick impact projects,” he said.

The FC then assured them of the will, support, and commitment of the MNJTF to strengthen military pressure in addition to non-kinetic activities to further decimate the insurgents. He added that MNJTF is poised to support projects and programmes of internal and external partners aimed at improving the livelihoods of the local populace.

Thereafter, there was a presentation which gave insights into the current situation in the Lake Chad Basin region looking at the current situation amongst the JAS faction of the BHT/ISWAP faction which included the death of key leaders and surrenders of many members including their families, the current relocation of IDPs to their ancestral homes, the gradual return to normalcy in certain parts of the region amongst others. The presentation was followed by an interactive session to enable the participants ask questions from not only the Senior Researcher but also from the FC and other invited special guests. Some critical questions concerning the roles of the civil police in the war amongst others were appropriately raised and aptly answered. The retreat was a successful outing and the FC has since returned to his HQ in N’djamena.