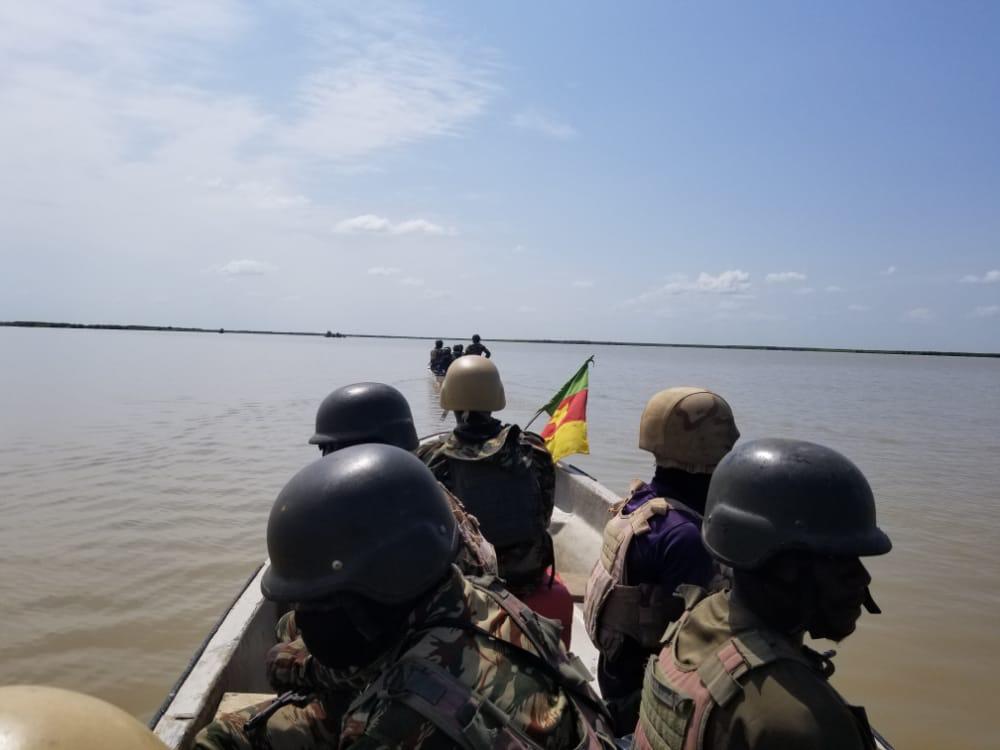 The Multinational Joint Task Force has continued to sustain its operations across the Lake Chad Basin to ensure the terrorists threats is brought to an end in no distant time. Several Intelligence –driven operations are being conducted to enhance success rate and reinforce the support to stabilization. In the area under Sector 1 Cameroun, a major intelligence –led Amphibious manoeuvre was conducted from 12 -16 Sep 22 to suspected Boko Haram locations in TCHOLLS, MORDAS, NAIRA, KASSOUAN MARIA, LOKO LIBI, NEMERY, KATIKINE, DORO LIMAN, BOUARAM, MANGALME, BLARAM, KOFIA and LOKO ISLANDS 1 and 2. Some BHT logistics items and camps were destroyed during the operation. Also, in the area under Sector 2 on 13 Aug 22 Chadian forces carried out Amphibious clearance operation to Hiba located South of Dabantchali following intelligence on the presence of Boko Haram in the Area. The terrorists fled the area before the arrival of the troops.

In the area under Sector 3 Nigeria, several successful Intelligence- led operations were carried out. A total of 21 major logistics couriers and spies were arrested along the Damasak – Gubio – Monguno – Baga Axes from the Lake Chad Islands. On 9 Sep 22 troops recovered 53 cows and arrested one Boko Haram during a raid at Musaram. On 11 Sep 22, 5 Boko Haram Terrorists (BHT) vendors were intercepted in Monguno while trying to move fishing materials and food items into Lake Chad. Similarly, on 12 Sep 22, two Boko Haram spies were arrested in Monguno. In the same vein on 17 Sep 22, troops at Kekeno arrested 3 Boko Haram Logistics couriers illegally transporting 4500 litres of Petrol towards Doron Baga. Also, on 23 Sep 22 troops deployed at a check point in Monguno intercepted 2 suspected Boko Haram spies with their uniforms concealed inside a vehicle. Relatedly, on 26 Sep 22, a Boko Haram informant and Fish vendor Abdulahi Saleh was arrested while trying to exit Monguno. The sum of Three Hundred and Ten Thousand Naira (N310,000) was recovered from him. Furthermore, on 28 Sep 22 troops arrested 5 suspected Boko Haram spies during a raid in Monguno. Same day 3 Boko Haram logistics Courriers were intercepted along Damasak – Gubio road while moving a huge consignment of dried Fish from the Lake Chad Island for sale in Maiduguri.

Furthermore, in the area under Sector 4 Niger, several successful Intelligence- led operations were carried out in August and September. A total of 40 Boko Haram logistics couriers were arrested along the Maine Soroa – Diffa – Garin Dogo – Kabalewa Axis. On 16 Aug 22 troops deployed at Kabalewa effected the arrest of one Moussa Abdoulaye at the Fish Market while trying to move some jerricans of PMS into the Lake Chad. He was also in possession of Four Hundred and Twenty Thousand Naira(N420,000). The operation led to the arrest of another accomplice, Mudasir Ismail in Kano Nigeria on 22 Aug 22. Similarly, on 24 and 25 Aug 22, troops deployed along Garin Dogo – Kabalewa Axis intercepted 5 vehicles conveying food stuff and boat making materials into the Lake Chad. A total of 32 suspects were apprehended in connection with the movement. Similarly, on 7 Sep 22 troops deployed at Geskerou intercepted 3 Boko Haram fighters trying to move to the Lake Chad from Sambisa Forest. In the same vein, troops of the sector successfully rescued abducted victims at Kenembouri on 7 September, at Kindjandi on 9 September and at N’Garoua Gana on 16 September. Also on 16 Sep 22 troops from Bula Brin rescued some abducted victims and recovered vehicles and logistics which were carted away from commuters along Road Nguigmi – Bula Brin.

The MNJTF appreciates the cooperation of members of the local population and the public in general which has facilitated the flow of information for prompt action by troops. The successes achieved so far is helping to prevent the terrorist from carrying out any major attack on military and civilian targets within the Lake Chad Basin. Also, the MNJTF remains committed to completely eradicate the terrorists and ensure a safe environment for business, farming and fishing in and around the Lake Chad. Therefore, the local population is enjoined to continue to assist the military with information about the activities of the terrorists within and around their communities and also report anyone trying to supply canoe, engine parts, food, cloth or fuel to the terrorists.