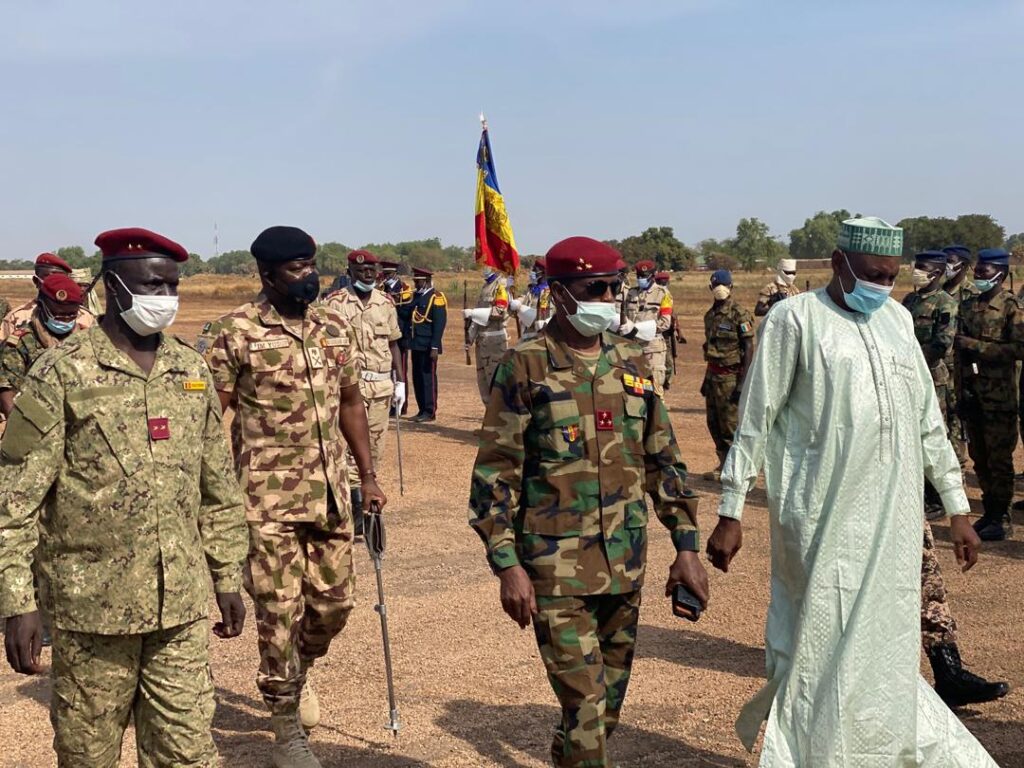 On the invitation of the Honorable Minister of Defence Chad – Lt Gen Mahamat Abali, the Force Commander MNJTF and his team represented the Force at this year’s Chadian Army Day Celebration ( La Fête des Armées Tchadiennes) at Sarh Southern Chad on 31 Dec 20. The event is held annually to mark the end of military activities for the year.

In Attendance were the Honorable Minister of Defence Chad who represented the Marshal of Chad – President Idriss Deby Itno, the Governor of Sarh as well as the Chief of the Defence Staff Chadian Armed Forces. Also present were the Chadian Chief of Army Staff, Chief of Air Staff and other very senior Military Officers both serving and retired.

At the event, the Force Commander presented a souvenir each to the Governor of Sarh – Sultan Djiber Younouss and the Commander Zone 5 Chadian Armed Forces – Brig Gen Abdoulaye Siro.