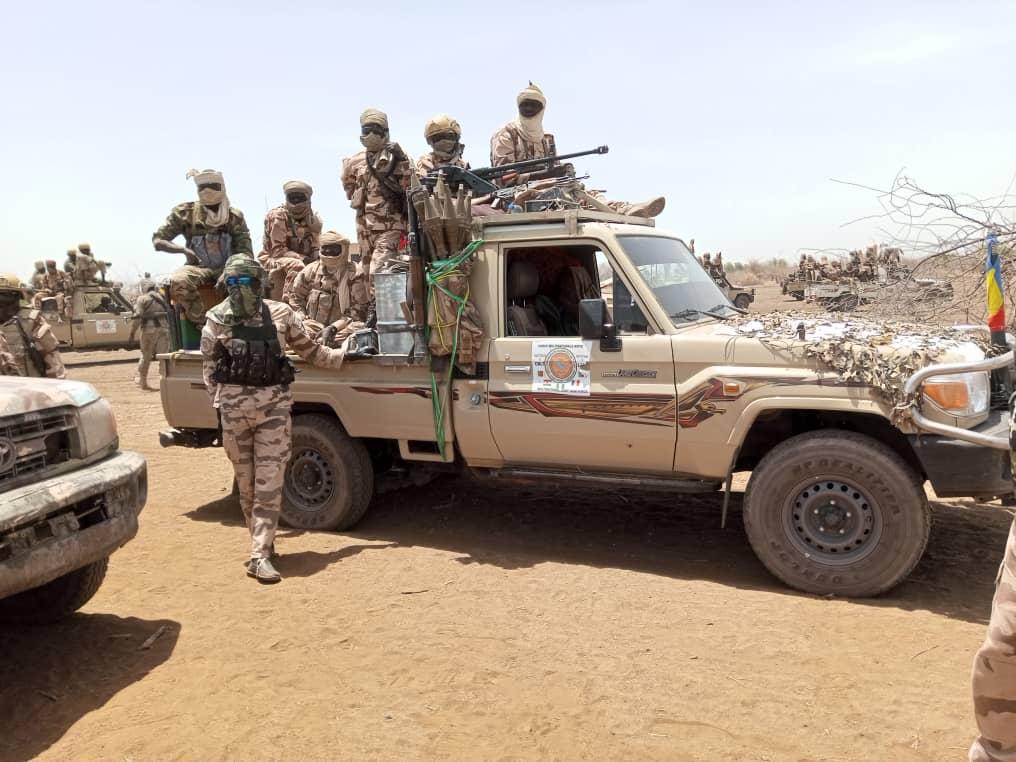 The Multinational Joint Task Force ( MNJTF ) in its bid to curb the menace of terrorism in the Lake Chad Region, have continued to make impressive gains in the ongoing Operation LAKE SANITY.

The troops alongside the follow up air strikes by the MNJTF/Operation HADIN KAI led to the neutralization of over twenty five (25) terrorists as well as the recovery of 1 AK-47 Rifle,1 Anti Aircraft gun, hundreds of assorted ammunition.

In their haste to escape, the criminals left their 5 year old child named Babagana, the child who is in good condition will be handed over to the relevant authority.

In a related development, troops of MNJTF captured a high ranking BH/ ISWAP member named Musa Mani aged 43 years at Damasak who confessed to be running away due to the intensity of the operation. He is currently being profiled in line with International Humanitarian and Human Rights Law.

Sadly, in the course of these operations, a member of the Civillian Joint Task Force (CJTF) supporting MNJTF operations in the Tumbuns paid the supreme sacrifice, his remains have been airlifted to his community. 7 troops from Chad and Niger suffered minor degrees of injuries and are being attended to at different military facilities. The Force Commander MNJTF, Major General Abdul Khalifah Ibrahim has paid tribute to the fallen hero, describing the CJTF as courageous young men and women who have contributed immensely to the Counter Insurgency operations.

He also commended and praised the gallantry and commitment of all the MNJTF Forces and urged them to maintain the momentum until the criminals are totally destroyed or surrender.

( See Attached Pictures from the Operations)