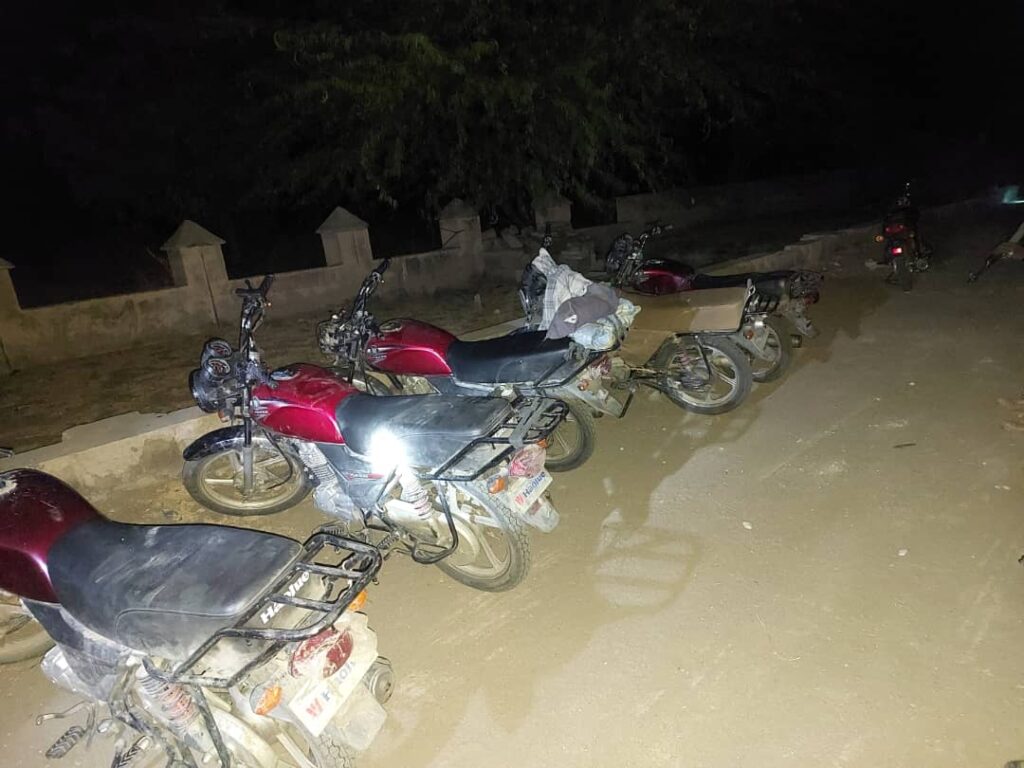 Troops of the Multinational Joint Task Force (MNJTF) have continued to maintain an offensive posture against the terrorists in the Lake Chad Basin region. This has culminated in a string of successes by the MNJTF sectors as they intensify efforts to deter and stiffle the terrorists’ threats around their areas of responsibility in a bid to neutralize them. This is in line with the directives of the Force Commander ( FC) MNJTF.

On 09 January 2023, troops of MNJTF Sector 4 ( Niger) while on patrol along Kara – Diffa Road intercepted 4 persons suspected to be Boko Haram/ ISWAP logisticians conveying about 1000 litres of fuel cleverly concealed in plastic bags inside a Toyota Highlander Jeep. The fuel was being transported from Maine Soroa to the Lake Chad Islands possibly to suspected Boko Haram/ ISWAP criminals. The sum of Six Hundred and Fifty (N650.000) was also recovered hidden in the vehicle. Suspects and exhibits are in custody of MNJTF Sector 4 for further investigations.

In another incident on 11 January 23, MNJTF troops of Sector 3 ( Nigeria) deployed in the general area of Kwatan Turare near Baga gallantly repelled an attempted infiltration by the Boko Haram/ ISWAP criminals due to superior firepower, at the end of the encounter, the troops neutralized 2 terrorists and recovered one Rocket Propelled Grenade, 7 bombs, 2 60mm Mortar bombs, 36 rounds of 7.62mm ammunition, 7 Mortar chargers and 2 wooden canoes. The canoes were promptly destroyed.

Similarly, on Sunday 15 January 2023, an unspecified number of Boko Haram/ISWAP terrorists also attempted to infiltrate Monguno in MNJTF Sector 3 ( Nigeria) stealthily in the small hours of the morning but met the gallant and alert troops who engaged the criminals in a firefight forcing them to withdraw In disarray. The unrelenting troops pursued and engaged the criminals along their withdrawal routes neutralizing 3 criminals while many fled with gunshot wounds. The troops also recovered one AK 47 rifle and 2 magazines after the encounter. Regrettably, a soldier paid the supreme sacrifice in the line of duty in this encounter. 5 young men suspected to have been abducted when they strayed into the bush in search of firewood were rescued by the troops. 5 brand-new boxer motorcycles were also captured from the terrorists during the encounter. Efforts are being made to ascertain the origin of the motorcycles and how they were smuggled into the Lake Chad Islands. Meanwhile, the rescued young men are being profiled in the Sector Headquarters before further processing.

Arising from the efforts of the Sectors of the MNJTF, the FC MNJTF, Maj Gen Abdul Khalifah Ibrahim has enjoined the troops to continue to maintain resilience and this offensive posture until the criminals surrender totally or are defeated completely. He reaffirmed the fact that the terrorists have been severely degraded and there is a need to finally finish them off. He reminded the Force of the obligation they have to observe international humanitarian laws and to be professional at all times. He praised the courage and determination of the troops of the MNJTF and their commanders. He paid tribute to the fallen hero and passed his deep condolences to the soldier’s family. He called on the population of the Lake Chad basin region domiciled in the 4 countries to continue to support the MNJTF and other security forces and to always pass useful information to the forces on activities of these criminal elements to help bring this conflict to an end.