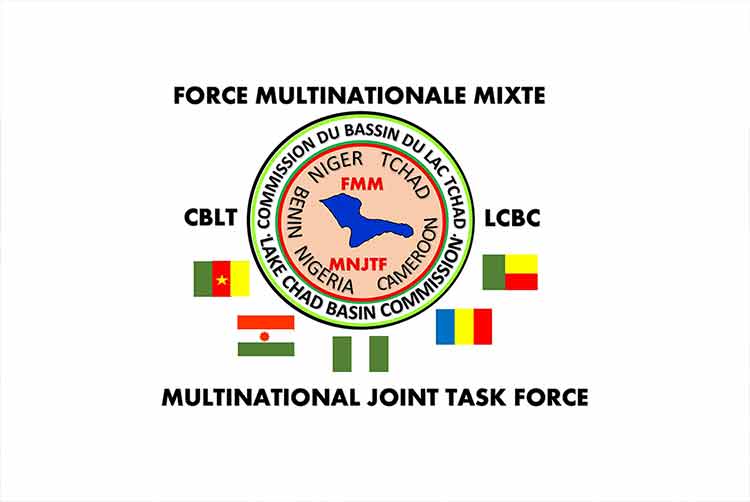 The troops of Multinational Joint Taskforce (MNJTF) Sector 4 Diffa in Niger Republic displayed uncommon acts of gallantry and bravery when their location was attacked.  Troops of the Sector deployed in Baroua came under heavy attack by suspected BHT/ISWAP criminals in the small hours of Wednesday 25 August 2021. The troops tactically canalized the criminals to their effective killing zone, brought heavy fire on them and neutralized scores of the terrorists, while others escaped with various degree of injuries.

At the end of the encounter, a total of Forty-Three (43) dead bodies of BHT/ISWAP insurgents were scattered around the engagement areas. One terrorist suspected to be their leader was caught alive and large cache of arms, ammunitions were recovered and four enemy gun trucks were destroyed. Extremely regrettably however, seven gallant MNJTF soldiers paid the supreme sacrifice, while four other soldiers sustained varying degrees of injuries and are being treated in a military hospital.

Coincidently, the Force Commander (FC), MNJTF, Major General Abdul Khalifah Ibrahim was in HQ Sector 4 Diffa on 25 August 2021 on the final leg of his familiarization/operational visit to the sectors. General Ibrahim commended the selfless sacrifice and act of gallantry, as demonstrated by the troops. While praying for the repose of the souls of the deceased soldiers whom he described as martyrs of freedom, he condoled the family of the deceased and wishes the wounded soldiers speedy recovery.

While addressing the troops at the frontline location of Sector 4, alongside the Commander Sector 4, MNJTF, Col Mamane Sani Kiaou, General Ibrahim said, despite the ongoing waves of BHT/ISWAP terrorists surrender, MNJTF forces will continue to take the battle to all identified enclaves of the insurgents. He described these attacks as futile kicks of a dying horse. He further charged them to brace up, remain alert and deal decisively with remnants of the criminals around the fringes of the Lake Chad region.