MAIDEN VISIT OF THE CHIEF OF DEFENCE STAFF NIGERIA TO HEADQUARTERS MULTINATIONAL JOINT TASK FORCE ……Urged for speedy end to the terrorists’ madness. 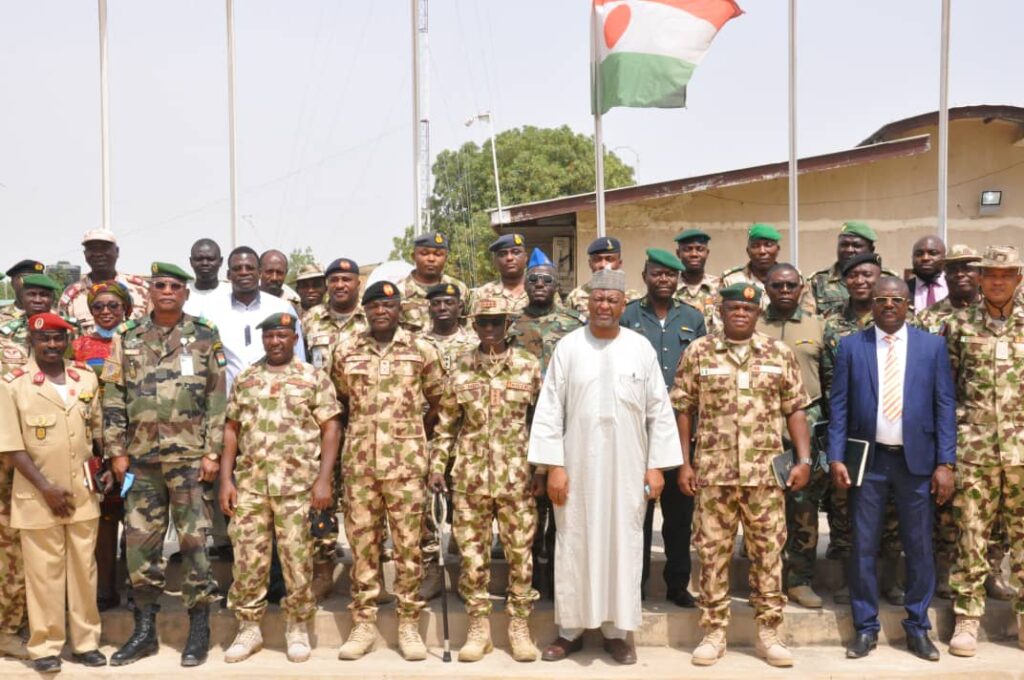 The Chief of Defence Staff (CDS) Nigeria – General LEO Irabor – paid a one day working visit to his counterpart, the CDS Chad. He was accompanied by the Chief of Defence Intelligence – Major General SA Adebayo, the Director of Operations Defence Headquaters – Air Vice Marshall TO Yusuf, and other principal staff officers. The visiting delegation was accompanied by the Nigerian Ambassador to Chad,, Ambassador Zannah Umaru Bukar-Kolo. The visit was part of his familiarization tour to Troops Contributing Countries (TCCs) of the Multinational Joint Task Force (MNJTF). Recall that General Irabor who was appointed as the CDS Nigeria on 26 January 2021 had served as the Force Commander (FC) MNJTF from 12 June 2017 to 12 August 2018.

During his visit to Chad, General Irabor paid courtesy calls to the President Republic of Chad, Minister of Defence Chad, and Headquarters MNJTF. While welcoming the CDS at Headquarters MNJTF, the FC appreciated General Irabor for his visit and informed him of the immense benefits currently being derived from the collaboration with partners amidst the synergy among the TCCs in the fight against terrorism. He noted that most of these benefits were based on the foundation laid by previous FCs citing examples of the Air Mobility Support, Petroleum Oil and Lubricant (POL) supply to the MNJTF Sectors and Command, Control, Communication, and Information Systems being provided by the European Union, all of which materialized in year 2020. On this note, he commended the CDS for finding time to confer with his counterparts in the various MNJTF TCCs as this would further strengthen the cohesion of the Force.

In his response, General Irabor lauded the FC – Major General IM Yusuf for his innovative and dynamic approach in the fight against terrorism. He pointed out that although Major General Yusuf had been appointed as the Chief of Operations at the Nigerian Army Headquarters, he was sure that the General would continue to interface with the Force especially Sector 3 MNJTF (Nigeria) in its efforts to rid the region of terrorism. On this note, he congratulated the incoming FC – Major General JJ Ogunlade and implored him to bring his versed knowledge and experience to bear as FC having previously commanded in field operations as General Officer Commanding 8 Division Nigerian Army and Commander Operation HADARIN DAJI. Finally, General Irabor reassured all, of his commitment to fully support the Force in every way possible to achieve a speedy end to terrorism in the region.