HEALTH AND WELL-BEING OF MNJTF TROOPS REMAIN OUR TOP PRIORITY 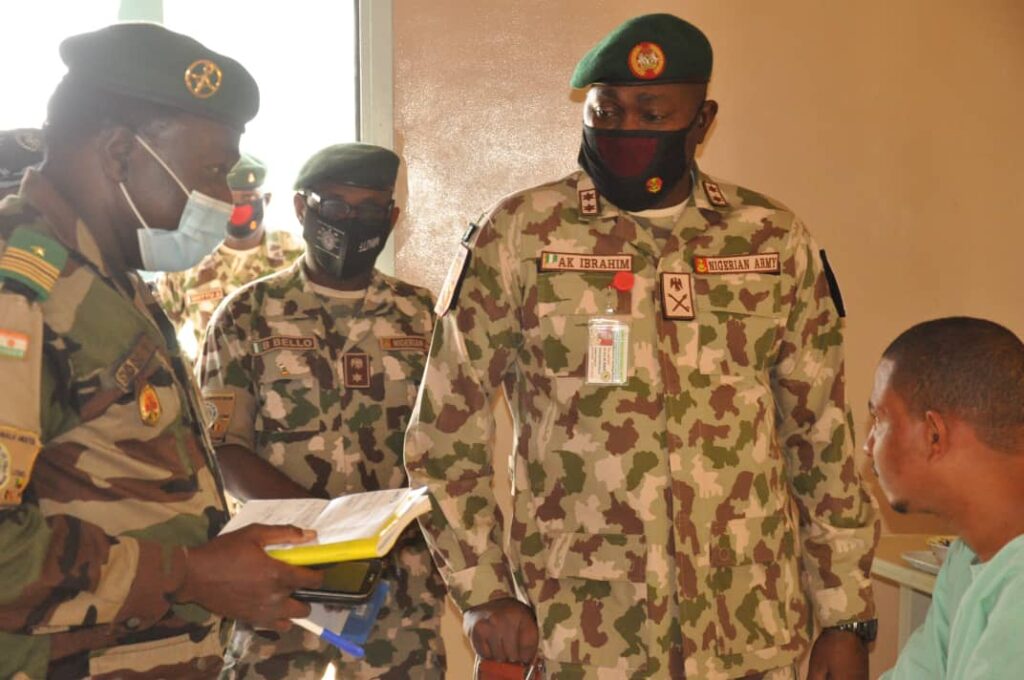 The Force Commander (FC) MNJTF Major General Abdul Khalifah Ibrahim made the remarks when he visited soldiers of the MNJTF who are receiving treatment at Renaissance Hospital in N’Djamena Chad on 8 February 2022. The FC accompanied by the MNJTF Chief Medical Officer, Colonel Major Boubakar Siddo, Director General of the Hospital Ali Mahamat Djibrine and some Military Staff Officers toured the hospital wards where the soldiers from Cameroon, Chad and Niger republics are being treated from the injuries sustained from the ongoing operation in Lake Chad Basin.

While comforting the injured soldiers, the FC praised their uncommon bravery and patriotism in the face of imminent danger and risks in the battlefield. He assured them of the provision of best medical treatment for their quick recovery, adding that troops health and wellbeing remain the top priority of the Force. He further stated that despite the mass surrender by the insurgents, operations would continue until they totally surrender or are totally defeated. The injured soldiers were visibly glad and felt inspired by the visit, through the encouraging words and care displayed by the leadership of the MNJTF.

In his interaction with the hospital management, General Ibrahim expressed satisfaction with the level of professional conduct and commitment of the staff in handling the patients, thus promised to continue to work together for the provision of efficient medical services to the wounded soldiers.