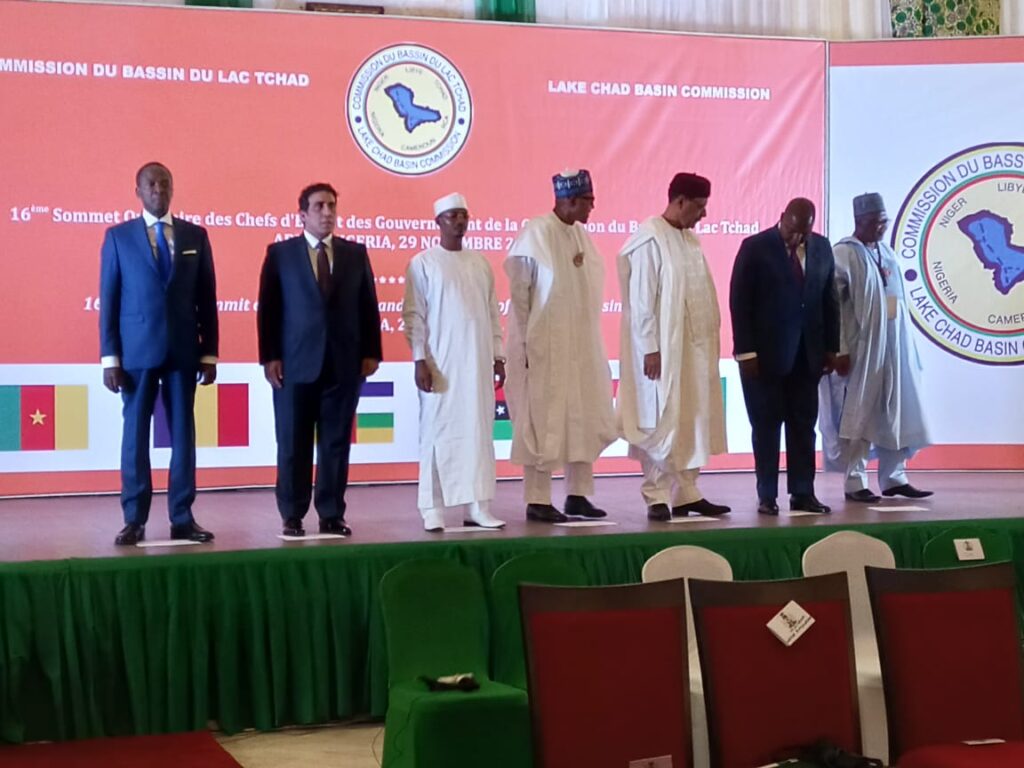 The head of state and government of Lake Chad Basin Region held its 16th summit on Tuesday 29 November 2022 in Abuja. In his opening remarks, the President of Federal Republic of Nigeria, President Muhammadu Buhari pledged to provide more support to the MNJTF in other to fight terrorism to a halt.

According to President Buhari despite the success recorded by the gallant troops of the MNJTF and the ongoing national operations in the region terrorist still lurk in the region. He noted that large portion of the arms and ammunition procured to execute the war in Libya find its way to the Lake Chad Basin region. However, President Buhari canvassed for more vigilance and tightening of security around the borders of the six member countries.

He said threat by terrorists in the region had been relatively brought under control while the influx of weapons poses fresh changes. He did not failed to recalled various operations that had brought measures stability to the Lake Chad Basin. Speaking further, he said, I am pleased that through MNJTF we responded to the challenges proving beyond reasonable doubt that with the requisite commitment and determination, the region can solve its challenges in the best possible ways. He went further to say the MNJTF has indeed became a model, breaking physical barriers and affirming the workability of the common approach to conquer the challenges in the area.

He mentioned major operations that were successfully conduct and operation LAKE SANITY II being planned. He noted that the next phase of the operation will take cognizance of lessons learned from previous operations and effectively consolidated the gains attained by preceding operations.

To our gallant troops in the field ensuring the safety and stability of the region, we recommit ourselves to sustaining the ongoing counter terrorism efforts by providing you with the requisite needs to function optimally. And together, we shall restore and transform the Lake Chad region to its former glory. I equally express sincere gratitude to the strategic partners for the support they continue to offer in joint collaborative efforts to fight the challenges that have hampered the development of the region.

Together we have shown that with commitment and desired support, we achieve success. He thanked the Executive Secretary of Lake Chad Basin Commission and Head Mission, Ambassador Mamman Nuhu and his team for their efforts at delivering on the mandate of the commission.

The President welcome the state of Libya to actively participated in the activities of the commission. The summit had Presidents and Head of state of the six (6) member states in attendance with President Paul Biya of Cameroon being represented by one of his ministers.