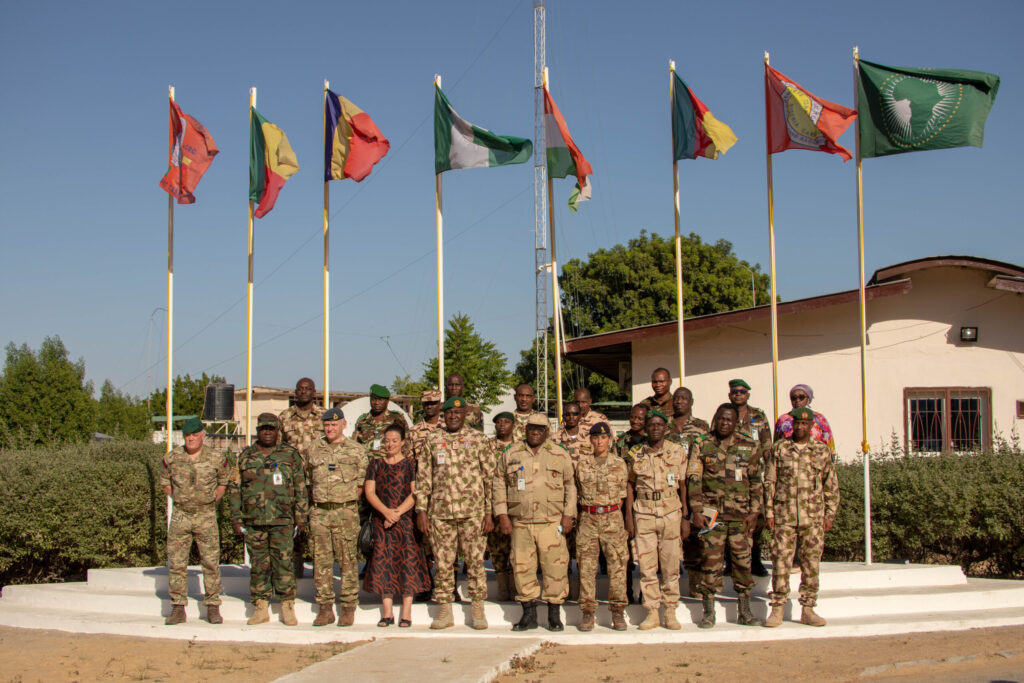 The Force Commander (FC) Multinational Joint Task Force (MNJTF), Major General Abdul Khalifah Ibrahim  praised the United Kingdom’s (UK) support to the MNJTF, describing it as a critical intervention which has multiple effects capable of driving further successes of the Force. The FC made the remarks when he hosted a delegation led by the British Defence Adviser (DA) to Nigeria and Head of British Defence Staff West Africa, Air Commodore Paul Warwick CBE at the HQ MNJTF N’Djamena Chad on 25 November 2021. The DA was accompanied on the visit by Dr Katherine Brooks – First Secretary Political Lake Chad Region of the British High Commission Nigeria, Lieutenant Colonel Billy Perham a Senior Military Advisor to Cameroon and Lieutenant Colonel Sigolene Hobson, of the Centre for Coordination and Liaison (CCL).

General Ibrahim expressed immense appreciation for the series of interventions in the areas of training for the MNJTF personnel and medical outreaches for the benefit of the communities across the Lake Chad region in all 4 countries. “It is evident that these crucial interventions defined a new way of meaningful collaboration between MNJTF and UK government through the LCBC” he said. Adding that, “the Force is poised to speedily end the scourge of terrorists’ activities in the region; thus UK’s continuous intervention is highly desirable and solicited”.

Responding to the FC’s remarks, the UK Defence Adviser said, the Lake Chad Basin is a very important area and UK considers its stability as a priority.  He commended the MNJTF for its operational successes and said, the UK would continue to offer its support. He said UK’s involvement in the area is built on trust and mutual respect and requested for constant communication to achieve this. Air Commodore Paul said, the military approach alone cannot solve the problem, but rather a comprehensive approach where civil societies and their capabilities are integrated into the efforts of tackling terrorism.

Highpoints of the event were the briefing on the MNJTF activities and presentation of souvenirs. The visit was hitch free.