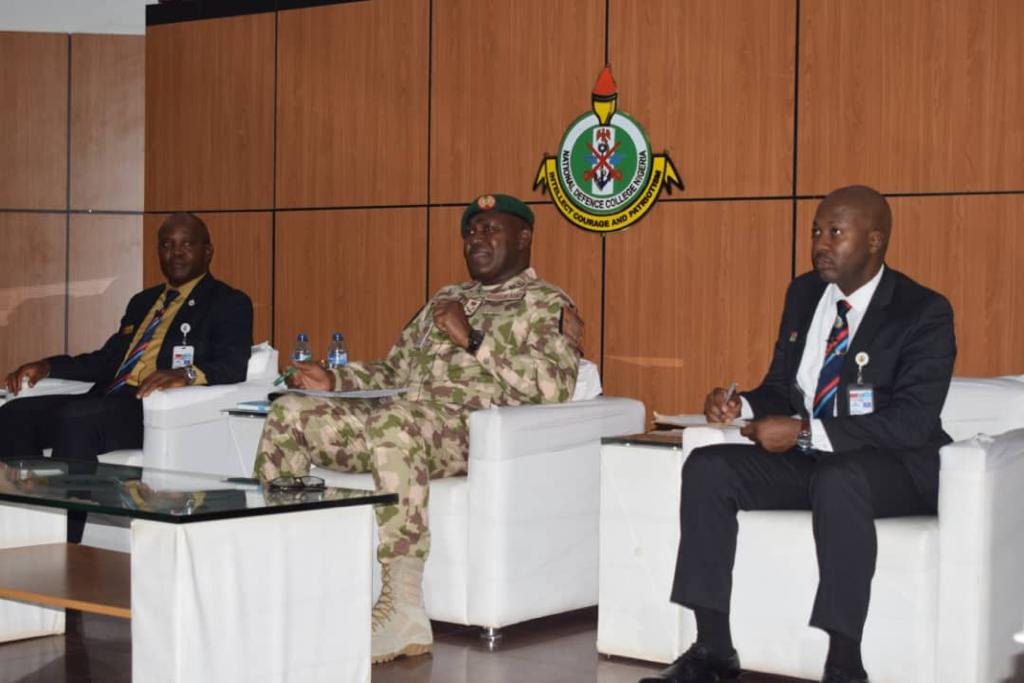 The Force Commander (FC) Multinational Joint Taskforce (MNJTF) Major General Abdul Khalifah Ibrahim delivered a lecture on Thursday 24 February 2022 at National Defence College (NDC) Abuja entitled “Counter-Terrorism/Counter Insurgency Operations and National Security in Nigeria: The MNJTF In Perspective” to the participants of NDC course 30. The FC in the lecture gave the background, force structure, and operational achievements of the MNJTF.

General Ibrahim further brought out issues and challenges that affect the MNJTF in its counter-insurgency and counter-terrorism operations. He particularly harped on interoperability and funding of the Force. The FC stressed the need to have a seamless funding mechanism for the Force and offered measures to improve the operability of the Force. The FC was emphatic on the need to have multidimensional lines of operations aimed at ending the conflict rather than overreliance on the military line of operation alone. He advocated for a whole of society approach in ending the Insurgency and other security challenges.

The Deputy Commandant of the NDC, Major General Emeka Onumajuru, while summing up the lecture thanked the Guest Lecturer (FC MNJTF) for a well-researched and delivered lecture. He said the issues and challenges that were brought out by the FC in his lecture, should galvanize the participants to seek possible solutions to them. General Onumajuru also tasked the participants to find out why the Lake Chad Basin was particularly attractive to the insurgents. At the end of the lecture, a robust interactive session, where issues, challenges, and prospects of improving Nigeria’s national security were discussed. A souvenir was presented to the Guest Lecturer in appreciation of the well-delivered lecture. The FC is an alumnus of the NDC having attended Course 23 of the prestigious military institution. The event was hitch-free.