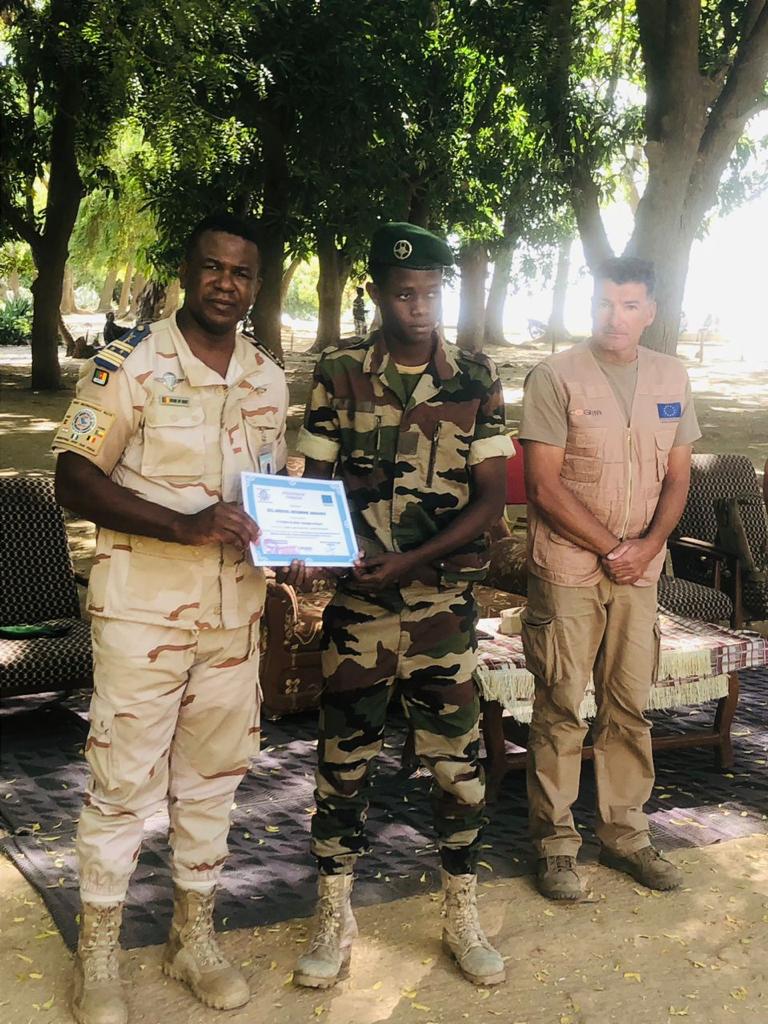 The FC MNJTF Maj Gen AK Ibrahim was, today December 2, 2022, represented by Colonel Kpwang Guy Roboert during the closing ceremony for training on Nautical crew at the Douguia nautical center. In his remarks, Colonel Kpwang congratulated the trainees for their discipline, dedication and enthusiasm throughout the training and stated that the organization of this training besides testifying the will of the MNJTF command to enhance the capacities of its personnel, also reflects its determination to take the war to the terrorists enclaves in the lake islands.

He further stated that the final defeat of the BHT in the Tumbuns can only be achieved through a good combination of both land and particularly maritime operations which, according to him, is the only means to take the war to the terrorists and defeat them in their various hideouts in the Tumbuns. He further urged the trainees to make good use of the knowledge acquired and share with their colleagues on field. He equally seized this opportunity to thank the COGINTA partners for their support towards the capacity building of MNJTF personnel and commended the instructors for their services rendered while wishing the trainees a safe return to their Sector.

Earlier , the COGINTA Gustin Jean Michel congratulated the trainees for their discipline, dedication and enthusiasm during the training, enjoined them to put into practice the knowledge acquired while wishing them safe return to their various units. Twenty (20) MNJTF personnel benefited from the training. Highlights of the event included the presentation of certificates to the participants, group photographs and lunch. ( Photographs attached)