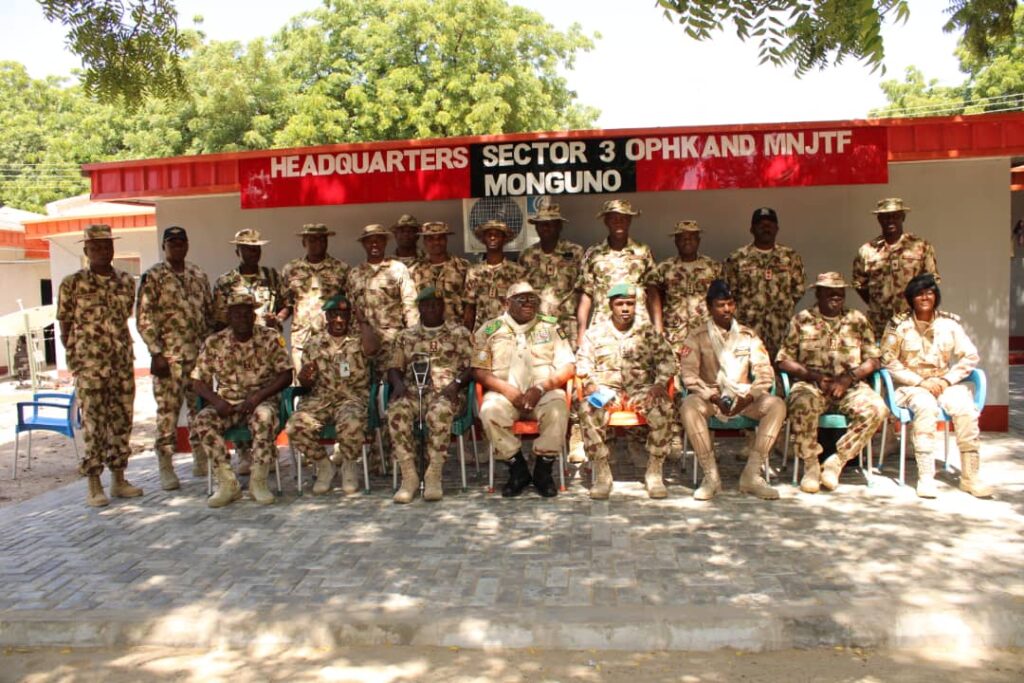 The Deputy Force Commander was briefed on the operational activities of the Sector, which include, deployment, operations against the terrorists, the sector locations, Civil- Military Cooperation activities and its projections.

In his remarks, the Nigerien General commend the Sector on its achievements in war against the Boko Haram and Islamic State  West Africa Province terriosts in Northern Borno and urged the Sector to sustain the tempo  against the insurgents,  while addressing the troops,  he said  the gallantry efforts of the troops is recognize at the Headquarters Multinational Joint Task Force and promised for more supports to the sector inorder  to sustain the current fighting spirit of the troops.

In his remarks,the Commander Sector 3 Brigadier General GM Mutkut thanked the Deputy Sector Commander for finding time despite his tight schedule to visit the Sector and promised that the Sector will surely sustain the current tempo in the fight against the Boko Haram and ISWAP terriosts within the Sector Area of Responsibility.