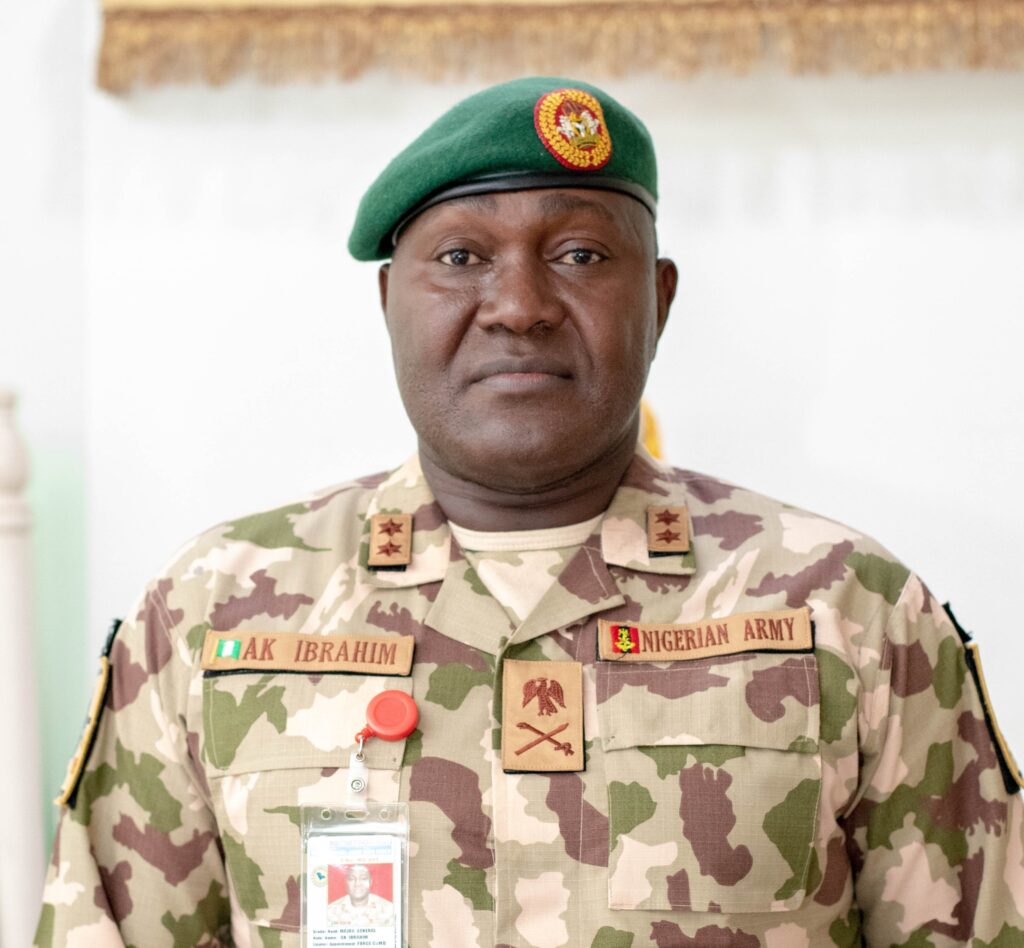 The Multinational Joint Task Force (MNJTF) in its present form was reorganized and re-operationalized in 2015. It has its headquarters in Ndjamena Chad and former Nigerian Army Chief, Lieutenant General Tukur Yusufu Buratai (Rtd) was its first Force Commander (FC). The initial MNJTF was founded in 1994 by the Federal Republic of Nigeria with Headquarters in Baga Nigeria and had troops from Nigeria, Niger and Chad as participating members. This Force did reasonably well in tackling the cross-border crimes and light banditry issues it was set up to tackle. However, the advent of the Boko Haram (BHT) and Islamic State of West Africa Province (ISWAP) insurgency in 2009 and increasing nature of their cross-border operations straddling Nigeria, Niger, Cameroon and Chad necessitated the need for an appropriate response to counter the threat especially after they withdrew to the Lake Chad Basin (LCB) areas after government security forces routed them from the urban areas.

Accordingly, the MNJTF was re-operationalized with an increased capacity of about 10,000 troops. The re-operationalized MNJTF was endorsed by the African Union AU, European Union EU and the United Nations UN, while the Lake Chad Basin Commission LCBC provided a convenient institutional framework to serve as the political lead organization. The Force was mandated to create a safe and secure environment in the areas affected by the activities of BH and other terrorist groups, facilitate the implementation of overall stabilization programmes and facilitate within the limit of its capabilities, humanitarian operations and the delivery of assistance to the affected populations. Consequently, the AU mandated the LCBC to be the political coordinating body of the MNJTF with its Executive Secretary (ES) doubling as the Head of Mission (HoM) of the MNJTF.

The MNJTF has troops drawn from the Lake Chad Basin Countries of Nigeria, Niger, Cameroon and Chad with the Republic of Benin being an observer and subsequently deploying troops for garrison duties at the HQ MNJTF which were later withdrawn and now having only staff officers deployed in the Headquarters. The Force has an area of operation spanning over the entire Lake Chad Basin area in parts of Nigeria, Niger, Cameroon and Chad. The area is made up of about 2.4 million square kilometers with a population of about 30 million people spread in the countries of the Lake Chad Basin. The Force is divided into 4 sectors, each of brigade plus status with Sector 1 at Mora (Cameroon), Sector 2 at Baga Sola (Chad), Sector 3 at Monguno (Nigeria) which also operates as Sector 3 OPERATION HADIN KAI and Sector 4 at Diffa (Niger).

Since the MNJTF was re-operationalized in 2015, the Force has conducted 6 major operations. These include Operation GAMA AIKI, Operation RAWAN KADA, Operation AMNI FAKAT and Operation YANCIN TAKFI I & II. The Force recently conducted Op SHARAN FAGE and Operation LAKE SANITY. These operations were collectively successful with significant effects on the terrorist’s operational capacity. The role of the national Air Forces of the LCB countries especially the Nigerian Air Force cannot be overemphasized as they continually struck deep in the Lake Chad Islands and have a devastating effect on the insurgents operational capability. Operation LAKE SANITY, which was the most recent MNJTF Operation, saw the MNJTF troops penetrate deep inside the Lake Chad Islands and settlements known locally as “Tumbuns”. This led to the neutralization of hundreds of terrorists, destruction of their camps and equipment and rescue of hostages and other abductees. Areas such as Baga, Doron Baga, Mallam Fatori, Bindirim and Cross Kauwa in Nigeria, Blagoa, Darak and Fotoko in Cameroon, Kangalia and Kaiga in Chad as well as Baroua, Ngajam and Fougoi among others have seen steady return of hundreds of refugees, internally displaced, greater normalcy and civil authority being re-established. The operations of the MNJTF in close collaboration with national operations (OPERATION HADIN KAI – Nigeria and OPERATION EMERGENCE IV – Cameroon) have led to an improved security situation in the Region. Schools are reopening although on a limited scale so also are hospitals and markets while commerce and agricultural activities including fishing are gradually picking up.

As the BHT/ISWAP operational space continues to shrink from these military pressures, their activities have been successfully confined to opportunity and limited attacks, however they still remain a potent force capable of carrying out attacks on civilian and military targets. There is therefore the need for the LCBC Countries to reappraise the efficiency and effectiveness of the MNJTF with the ultimate aim of making it stronger. The International Community through the EU, UK, AU, UN have also supported the MNJTF which should be sustained and improved upon. Issues of operational funding for sustained operations alongside other pressing challenges confronting the force needs to be looked into as the nature of the Boko Haram/ISWAP insurgency and its cross-border nature makes collaboration by the LCB countries a basic necessity to jointly work together towards combatting the menace once and for all.

The MNJTF remains a unique attempt to solving a nagging security problem as it has liberated and reclaimed lost territories hitherto occupied by the BHT in the region and also created an enabling environment for the conduct of humanitarian activities in local communities by local and international Non-Governmental Organizations such as ICRC. It has also facilitated interdependence among member states, improved border and regional security. Perhaps the most outstanding achievement of the MNJTF is the ability to bring together countries belonging to different Regional Economic Communities; Economic Community of West African States and Economic Community of Central African States to collaborate and jointly combat the menace of terrorism in the region as well as fostering better integration among the regional militaries within the LCB area despite the limitations posed by the difference in language, culture and military training. It shows that with the right political will and leadership, Africa can tackle its challenges. One thing is for sure, the Boko Haram conflict has led to other security challenges within Nigeria and other parts of Africa. The time to finally come together and end it is now. May the souls of all that died in this conflict, MNJTF Forces and innocent civilians find eternal rest.

Abdul Khalifah Ibrahim a Major General is the Force Commander of the Multinational Joint Task Force.