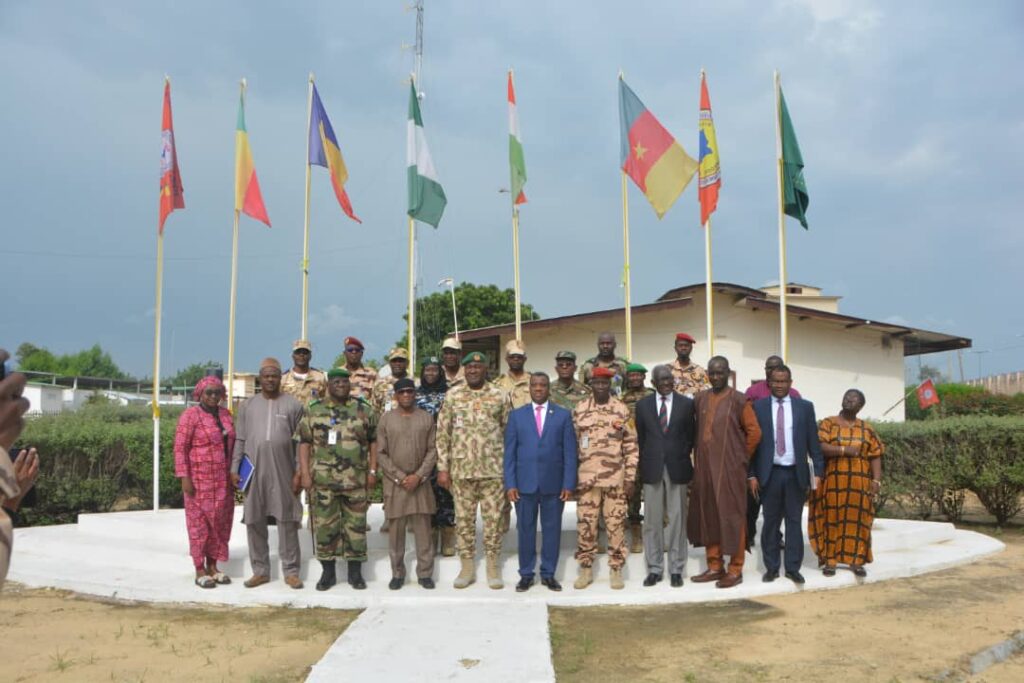 The Commissioner in charge of Political Affairs, Peace and Security in Headquarters African Union (AU) Addis Ababa Ethiopia, HE Ambassador Bankole Adeoye in company of other top officials of HQ AU paid a working visit to the HQ Multinational Joint Task Force (MNJTF ) on Tue 16 August 22 at Camp Farcha in N’djamena, Chad. After the traditional welcome ceremonies, the Commissioner was given an extensive brief on the MNJTF activities, operations, and challenges it is facing. He was briefed that normalcy is gradually returning to the lake Chad basin areas as several communities have been resettled as a result of effective collaboration by the MNJTF, other operations, and the political authorities and promised to sustain this.

He was also well briefed on the recently concluded Ops Lake Sanity which was a combined Ops involving all the Troop Contributing Countries (TCCs) of the MNJTF. In his remarks during the visit, the Commissioner paid tribute to the leaders of the Lake Chad Basin Countries of Cameroon, Chad, Niger, Nigeria, and also the observer Country of Benin Republic and praised their foresight and commitment in ensuring the formation of the MNJTF and it’s sustenance. He praised the work of the MNJTF and in his words, the excellent leadership provided by the Force Commander and his management team. He said the MNJTF had done a lot in restoring stability in its Area of Responsibility by fighting violent extremism and terrorism.

He further stated that the MNJTF stands out as a model in the struggle against terrorism that should be emulated by others. He also paid special tribute to the personnel of the MNJTF who have paid the supreme sacrifice in the quest for peace. He concluded his remarks by thanking the personnel of the MNJTF on behalf of the AU for their dedication and selfless service and promised continuous support to the Force until its mandate is achieved. The Commissioner had earlier visited the Executive Secretary (ES) of the Lake Chad Basin Commission (LCBC) HE Ambassador Mamman Nuhu who also serves as the Head of Mission of the MNJTF.

He appreciated the ES for his guidance of the MNJTF and said the AU would continue to support the MNJTF. In attendance were the Deputy Force Commander, the Chief of Staff, and heads of cells of the MNJTF. There was a presentation of souvenirs and signing of the visitors book by the special guest before the visit was concluded. The visit was hitch-free and successful.