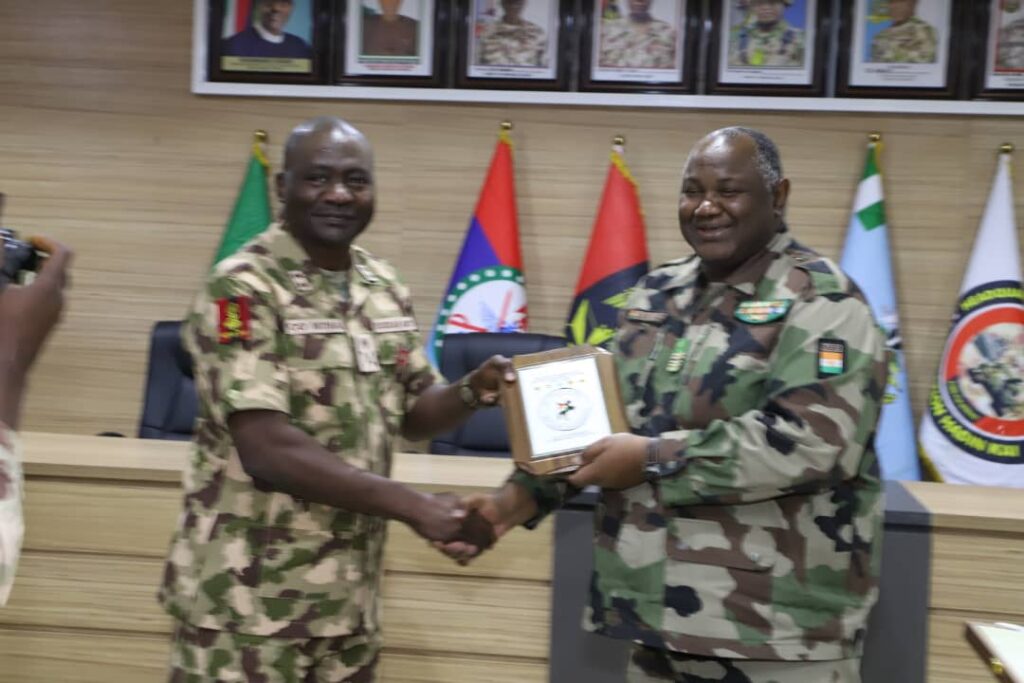 Further More, the Commander commended the Theatre Commander and his troops for the successes, sustained onslaught against the terrorists and mentioned the need to intensify the attacks. He then promised to sustain the existing synergy in order to continue to degrade the activities of Terrorist within the fringes of Lake Chad.

In his remarks, Major General Christopher Musa on behalf of his Officers and Men appreciate the Commander for his commitment and support to the peace effort and added that OPHK is resolute in its determination to defeat the terrorists until total peace and tranquility is restored within the sub-region.

The highlight of the visit was the Signing of Visitor’s book, presentation of souvenirs and group photograph.