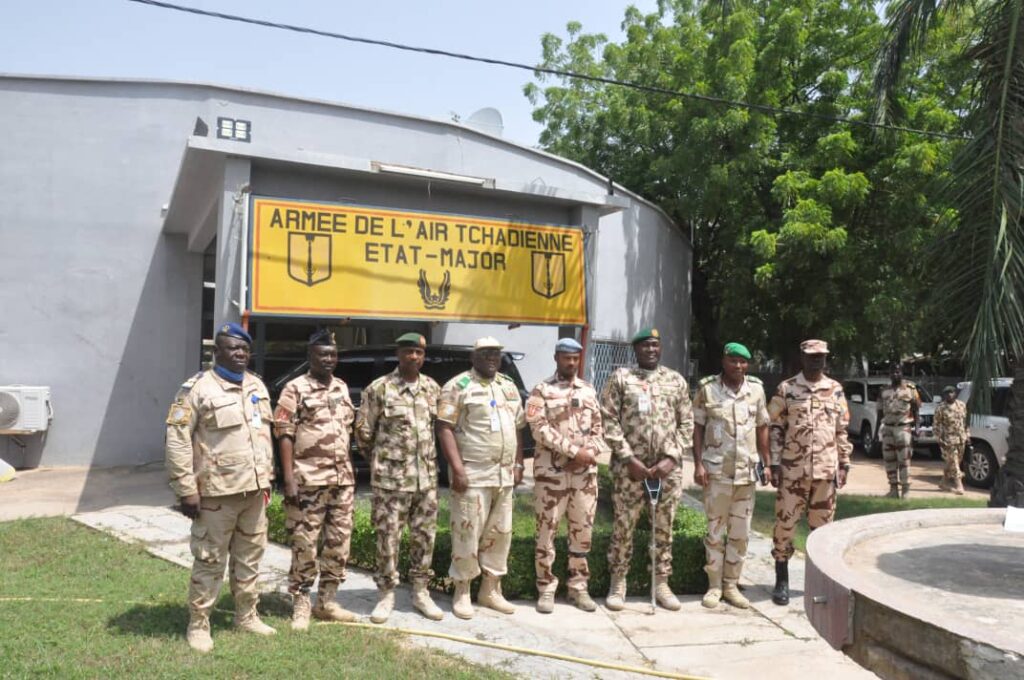 The FC MNJTF, Major General Abdul Khalifah Ibrahim visited the Chadian Chief of Air Staff (CAS), Brigadier General Amine Ahmed Idriss on 21 October 2021 at the HQ Chadian Airforce N`Djamena Chad. The visit is part of ongoing familiarization tour to some strategic senior military commanders and other security chiefs in Lake Chad region. The FC, appreciated the CAS, for the warm reception and continuous support in the ongoing Operation Yanchi Tafki.

The FC said, the visit is aimed at exploring and seeking ways for stronger support for the MNJTF activities, adding that air assets remain critical for any military operations. General Ibrahim was emphatic on the need for team work and seamless synergy of efforts between the MNJTF and national forces, so as to take advantage of the in-fight and surrendering among the insurgents. He also expressed condolences for the demise of late President, Marshal Idriss Deby Itno, whom he described as a Pillar for peace and security in the region.

In his responce, General Amine Idriss assured the FC of his continuous support, noting that previous Force Commanders have established good relationship with the Chadian Airforce, hence the imperative of team work with MNJTF. Despite the national commitments, MNJTF will continue to remain a priority to the Chadian Airforce, he said. He equally encouraged FC to regularly reach out to other military and security chiefs to further solidify the good military brotherhood.

Accompanied the FC to the visit were the Deputy Force Commander, Brigadier General Abdou Harouna Assoumane and some Chiefs of cells at HQ MNJTF