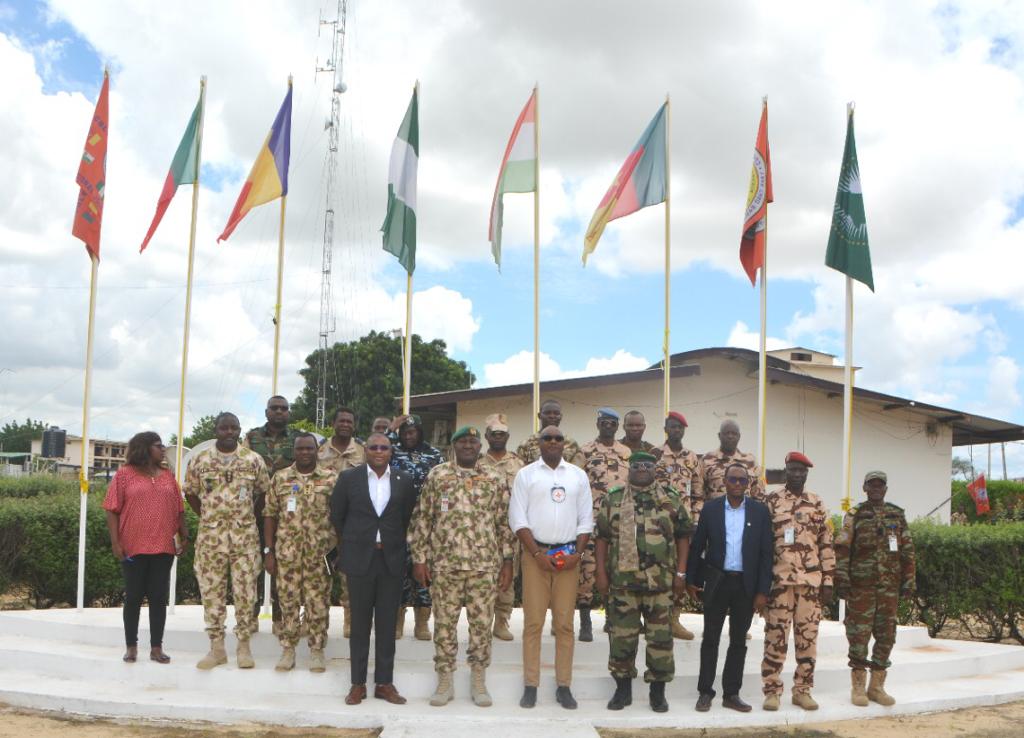 A delegation from the International Committee of the Red Cross (ICRC) Chad , led by the Chief of Operation, Mr. Alfa Mamadu Djalo visited the Headquarters Multinational Joint Task Force (MNJTF) on 23 August 2022. In his remarks, the Force Commander (FC), Maj Gen Abdul Khalifah Ibrahim welcomed the delegation to the HQ and thanked them for their relentless and tireless efforts and for being a neutral body in any conflict. He assured the delegation of the MNJTF’s compliance to the International Human Right laws and International Humanitarian laws as there had never been any report of disregard to such laws by any of the Sectors. The FC informed them of one of the MNJTF’s mandates which is to ensure that displaced persons are resettled back to their ancestral homes. This he said was being carried out by naming towns like Baroua in Niger Republic, Malamfatori in Nigeria, Kolofata in Cameroon, and Litri in Chad, amongst many others as places where thousands have been returned to. He appealed to the ICRC to look at how they could key into the resettlement of displaced persons to their homes, adding that the MNJTF and the political leaders were already in the forefront.