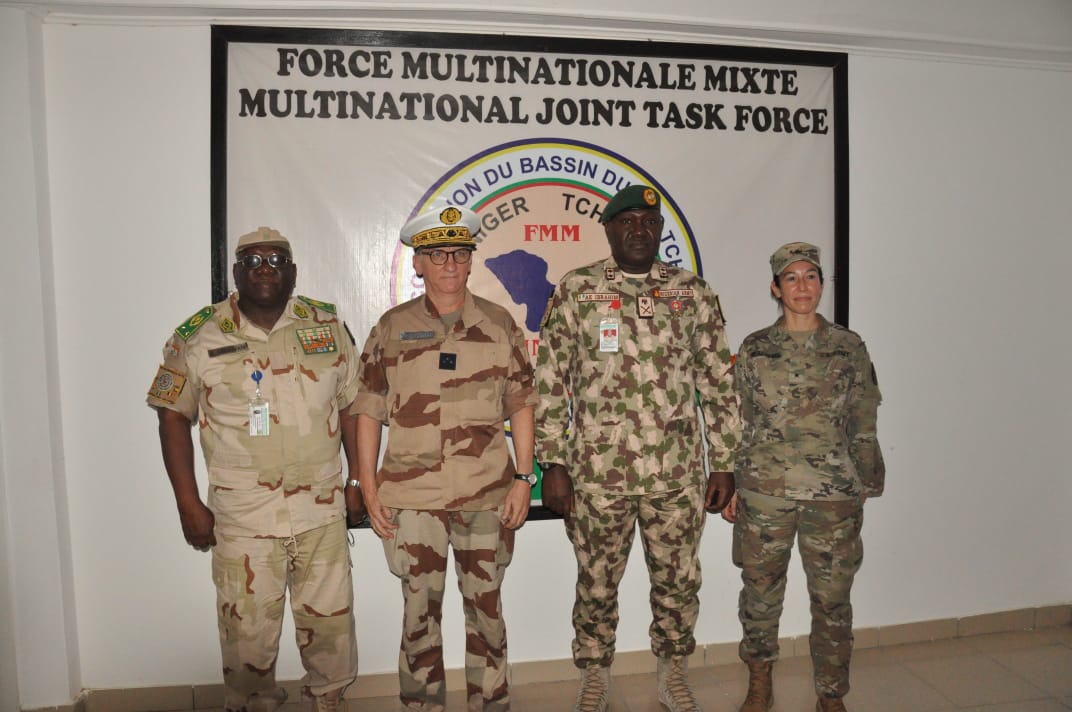 The Force Commander (FC), Multinational Joint Taskforce (MNJTF), Major General Abdul Khalifah Ibrahim played host to a joint delegation from the French Military Intelligence led by Vice Admiral Denis Bertrand and another from United States Africa Command (AFRICOM) led by Brigadier General Rose Keravuori. While receiving the delegations on 20 November 2021 at the HQ MNJTF, N’Djamena Chad, the FC expressed gratitude and appreciation for the privilege of hosting the two delegations from strategic partners. He commended the stabilization roles of the US and France forces, most especially in African affairs.

During his remarks, General Ibrahim traced the immediate and remote causes of the Boko Haram terrorism in the Lake Chad region, which eventually necessitated the re-operationalisation of the Force in 2015. He said, the MNJTF serves as a regional unifying force to tackle the menace of BHT/ISWAP insurgents, hence it is a unique military outfit . Speaking further, he urged the strategic partners to explore more ways of supporting the MNJTF to surmount some difficulties in its efforts to achieve its mandates.

In their separate remarks after a detailed brief on the MNJTF and its activities , the two generals acknowledged terrorism as a global threat with huge negative impact on humanity. They also observed expansion and spread of terrorism in West Africa and Sahel region, which required collective efforts to combat . While commending the recorded successes, they pledged to work with the MNJTF to address some identified challenges. The visit by the delegation from the two countries to the MNJTF shows the importance they attached to stability in the Lake Chad Basin areas and Africa at large. The visit was hitch free and very cordial.