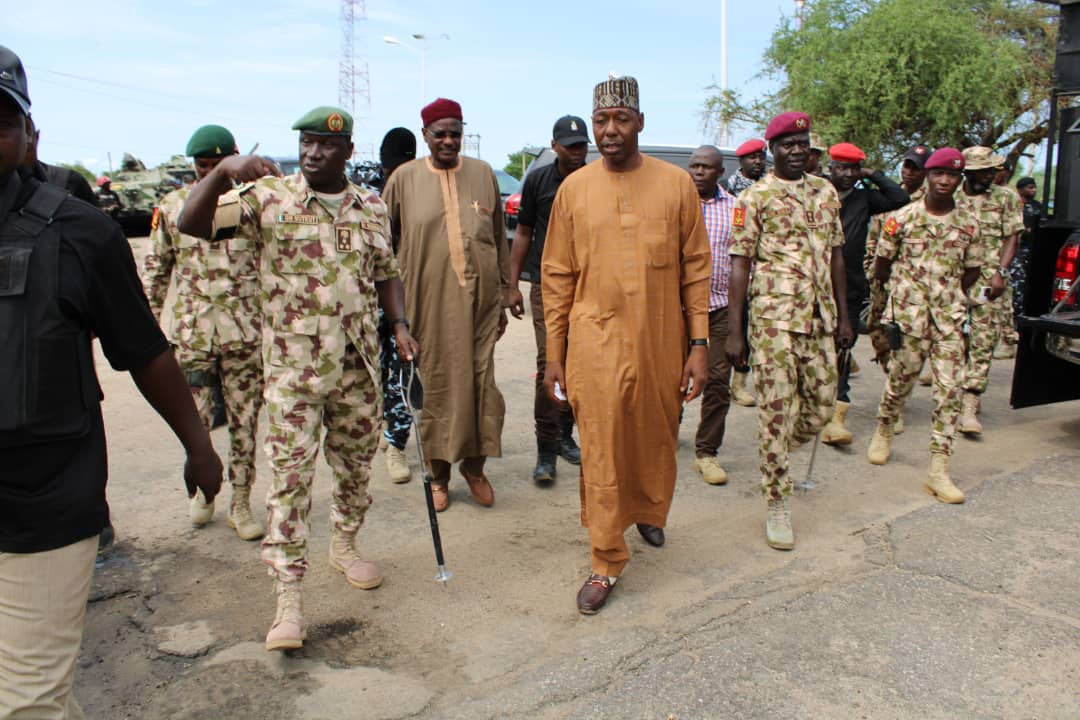 The Executive Governor of Borno State Professor Babagana Umara Zulum and some of his cabinet members received over five thousand indigenes of Cross Kauwa and Baga in Kukawa Local Government Area of Borno State, to their ancestral homes from Internally Displace Persons Camps in Mouguno Borno State.

The successful relocation, which took place on Sunday 8 and Monday 9 August 2021 respectively, was as a result of the  conducive atmosphere through the professional and gallantry efforts of the troops of 19 Brigade, 403 Amphibious Brigade and 401 Special Forces Brigade of Sector 3 Operation HADIN KAI, with regular aggressive patrols, ambushes along the Main Supply Routes and offensive clearance operations amongst others, at various hideouts of Boko Haram and Islamic State of West  Africa Province (ISWAP) terrorists within the general area of communities.

Governor Babagana Zulum, while addressing the returnees expressed his sincere appreciation on the professional conduct by the Nigerian Army troops, for creating enabling atmosphere and environment for the relocation of the indigenes of Cross Kauwa and Baga respectively. He urged the returnees to be law abiding and go about their lawful agri-business and avail useful information on any suspected activities of terrorists in their various communities to the security agencies.

In-addition, relief material, food items and cash were distributed to the returnees by Governor Zulum. In the same vein, Professor Zulum was received by mass crowd in Monguno where he distributed relief material to the Internally Displaced Persons and Indigenes.

Armed Forces Remembrance Day
Thank you for your service 🎖🎖🎖

#AUPSC meets to receive updates on the situation in #Mali and to consider the renewal of the mandate of the Multi-National Joint Task Force @MNJTFOfficial - Opening statement by Amb. Amma A. Twum-Amoah @pemaks of #Ghana and #PSC Chairperson of the Month @ 1057th #AUPSC