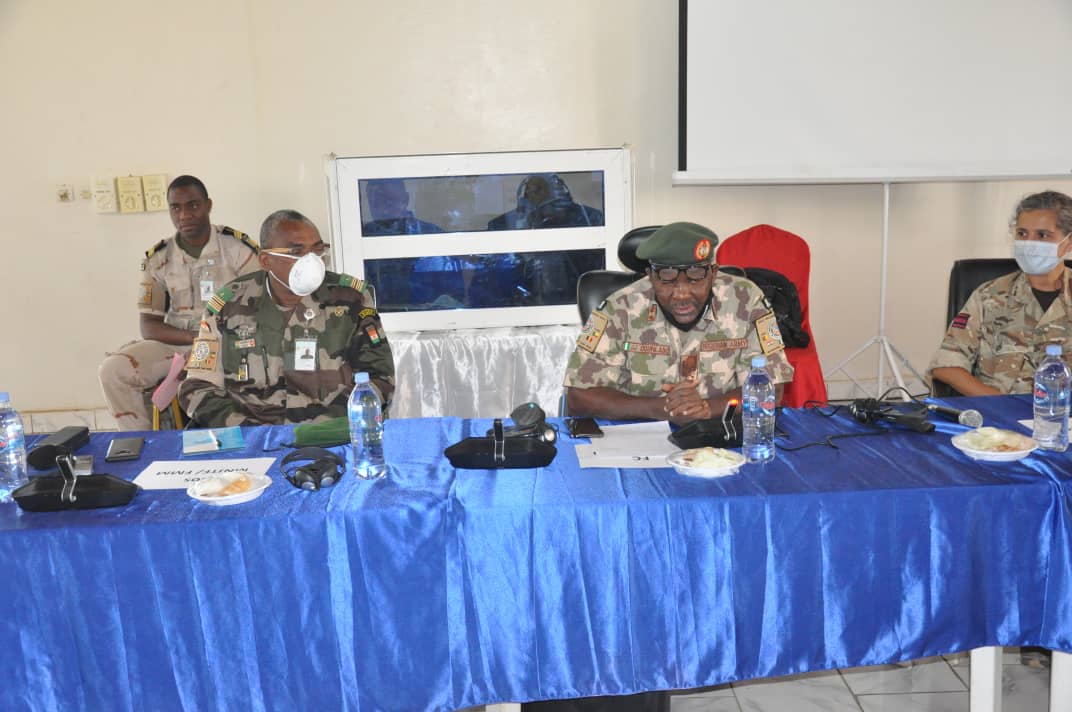 The Force Commander (FC), Multinational Joint Taskforce (MNJTF), Maj Gen JJ Ogunlade made the remarks, when he declared the training session on Information Operations (IO) and Strategic Communication (STRACOM) opened at HQ MNJTF N’Djamena, Chad on 8 June 2021. The FC reminded the trainees on the need to focus on the intricacies and dynamic nature of the social media to turn the tide of the insurgents’ propaganda against them. General Ogunlade urged them to take the training very serious, as it is coming at a crucial time when they will be required to apply the knowledge gained in the field.

The training on IO and STRACOM is a necessary step toward enhancing the complimentary roles they play as very important components of non kinetics operations. MNJTF has recorded tremendous successes in the conduct of IO in the previous operations, which caused large number of terrorists’ defection and eventually surrendered recently.

According to the FC, “the knowledge and application of STRACOM will significantly bridge the identified communication gap between military and the locals, thereby galvanizing their support and cooperation during military operations. “The expected outcomes of the training on IO and STRACOM will definitely mitigate the prevalence of violent extremism and counter the insurgents’ defective ideology in Lake Chad region”, he added. He therefore urged the trainees to pay much attention and participate actively during the interactive sessions.

General Ogunlade expressed appreciation to the UK government for the provision of twelve (12) high technology combat cameras (Video & Photo) equipment, promising that the cameras will be optimally used and maintained. He equally commended the Instructors for excellent training and display of professional knowledge in the field of information operation and STRACOM.

The training package was one of the outcomes of the United Kingdom (UK) agreed training support to MNJTF in the areas of IO, STRACOM and CIMIC activities. The 4-Day training session involved a total of Thirty Five (35) trainees drawn from Military Staff Officers from the HQ MNJTF, Staff officers from the Sectors’ HQs and staff of LCBC/RSS secretariat.