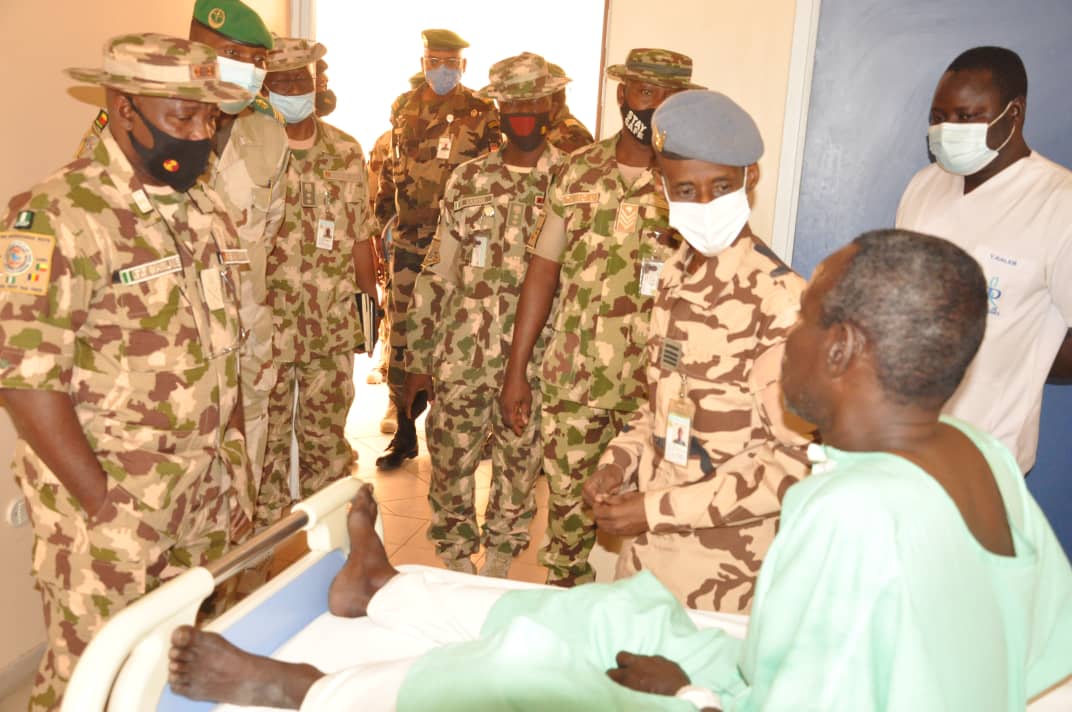 The FC expressed sympathies for the sustained injuries, in which he equally commended their efforts for a diligent and patriotic cause for which their countries are appreciative. “The Force acknowledged your display of uncommon bravery, for that we will ensure that you are given the best medical treatment for your speedy recovery” he added.

The Wounded In Action soldiers were greatly inspired by the visit and by words of encouragement from the FC. They expressed delight that the MNJTF leadership shows exceptional care and reassuring gestures to them. They pointed out that, the injuries were just temporary setbacks, when fully recovered, they look forward to rejoin their colleagues in their various sectors.

While applauding the selfless and untiring efforts of the hospital management, General Ogunlade reiterated that, MNJTF will continue to monitor and work with management for efficient medical care to the injured soldiers.

The FC was accompanied by the Chief of Staff, Colonel Major Moussa Mahamadou and all the Chiefs of cells.