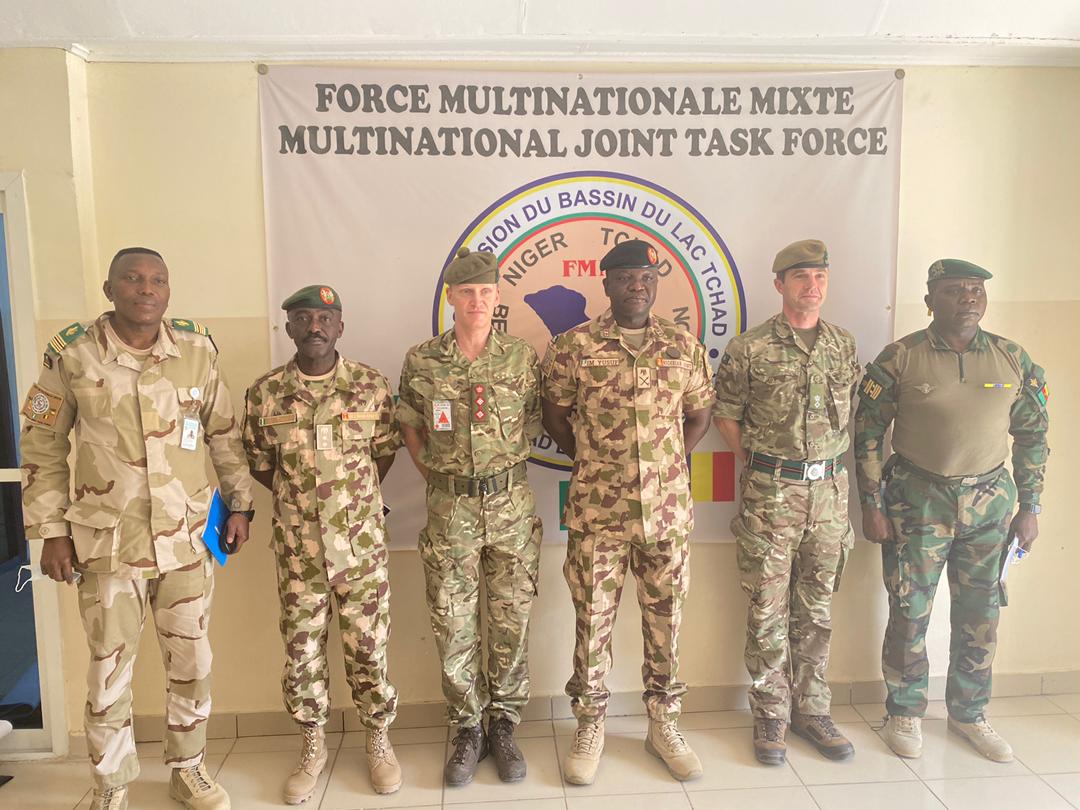 The Multinational Joint Task Force (MNJTF) is exploring areas of possible support from the United Kingdom (UK) Government in the fight against terrorism in the Lake Chad region. The Force Commander (FC), MNJTF, Major General Ibrahim Manu Yusuf accompanied by some staff officers held a meeting at Maiduguri on 21 January 2021 with Dr Katharine Brooks – First Secretary Political (Lake Chad Basin) and Lieutenant Colonel Bobby Gillespie – Deputy Defence Advisor at the British High Commission in Nigeria. The meeting was geared towards exploring possible areas of interventions in furtherance of MNJTF efforts at degrading the terrorists and creating enabling environment for peace and development in the Lake Chad Region.

A follow-up meeting was held in N’Djamena on 22 January 2021, between the FC and Colonel Nick Abram, Commander Operation TURUS and British Military Assistance Training Team West Africa, accompanied by Lieutenant Colonel Nick Thom, the UK representative in the Centre for Coordination and Liaison. The meeting was a build-up on earlier discussions in Maiduguri with emphasis on areas for direct operational support.

The meeting presented an ample opportunity for direct interactions between operational staff of MNJTF and Operation TURUS, which was mutually rewarding and beneficial as it enhanced common understanding of the operational environment.

In his remarks, the FC commended the UK Government for its previous support to MNJTF and the renewed efforts at enhancing the non-kinetic operations of the Force. He assured them of the commitment of the Force to remain resolute in discharging its mandate.

It would be recalled that the UK Government had supported the MNJTF in 2015 through the provision of vehicles, rough terrain motorcycles, power generating set of different capacities, dental equipment and communication equipment amongst other items.